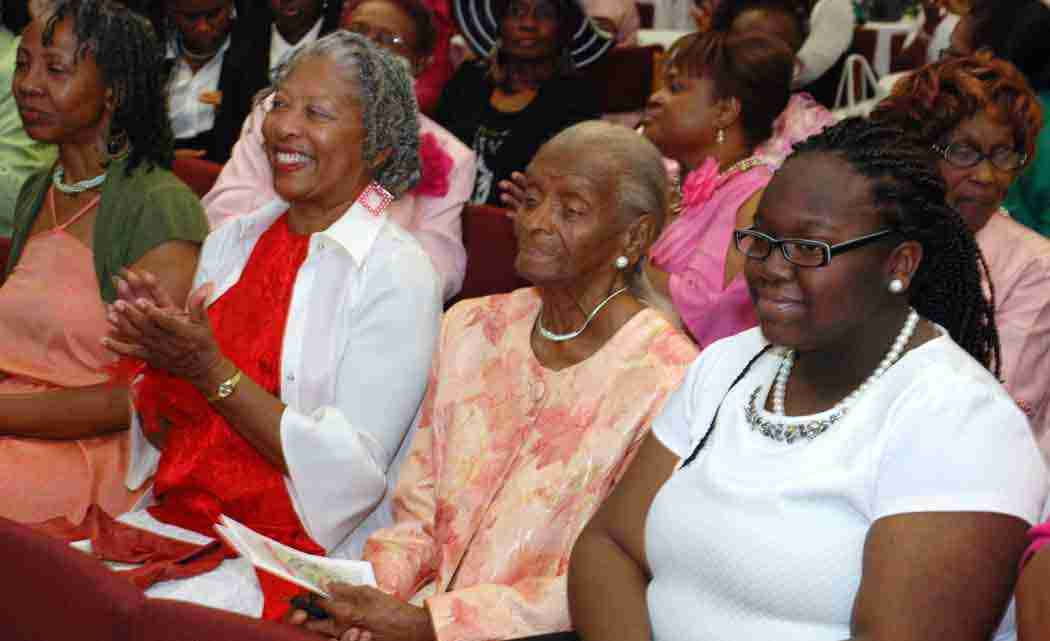 On Sunday, December 7, 2014, Gamma Zeta Omega Chapter, Alpha Kappa Alpha Sorority, Inc. unveiled its first formal history publication to the Dade County community. The book, A Legacy of Service Through Timeless History, chronicles the chapter’s notable and dynamic history from its chartering in 1940 through 2013.

“From helping Haitian migrants and the homeless, to educating our children and women in recovery, the chapter has been there for the Miami-Dade community,” said President Eunice J. Davis. “This history book captures many of those milestone events.”

Margaret B. Stanley, the general chairperson for writing and unveiling of the chapter’s history book project, said the project was the vision of the immediate past International President, Carolyn House Stewart, Esq., of Tampa. Many of the sorority’s over 980 chapters accepted the challenge.

The unveiling ceremony and reception were held in the Nathan W. Collier Library at Florida Memorial University in Miami Gardens. Two books were presented during the event: one Roslyn Clark Artis, university president, and the other one for university’s library Several more books will be donated to the Miami-Dade Public Library System and targeted high schools throughout the county.

Alpha Kappa Alpha Sorority, Inc. was founded and chartered in 1908 on the campus of Howard University in Washington, D.C. Thirty-two years later, Gamma Zeta Omega, led by its organizer, Ida Taylor Ratcliffe was chartered the home of Dorothy W. Edwards, becoming the first Black Sorority to be chartered in Miami-Dade County. The chapter also holds the distinction of being the first chapter of Alpha Kappa Alpha to be chartered in the state of Florida. Dorothy Edwards is the sole remaining chapter member, and is still active at the age of 100. Gamma Zeta Omega also boasts of sponsoring the first Honorary Member in the state of Florida, the late M. Athalie Range.

The afternoon culminated with a reception and autograph session by the former chapter presidents.

The writing and publication of this book was timely, in that it brings the chapter to preparations for the Chapter’s 75th anniversary. The “Diamond Jubilee Celebration”, will highlight a week-end of numerous community activities. The weekend will culminate on Sunday, February 15, 2015 with a public luncheon at the Hotel Intercontinental in Miami. The guest of honor will be Dorothy Buckhanan Wilson, the sorority’s 29th International president.