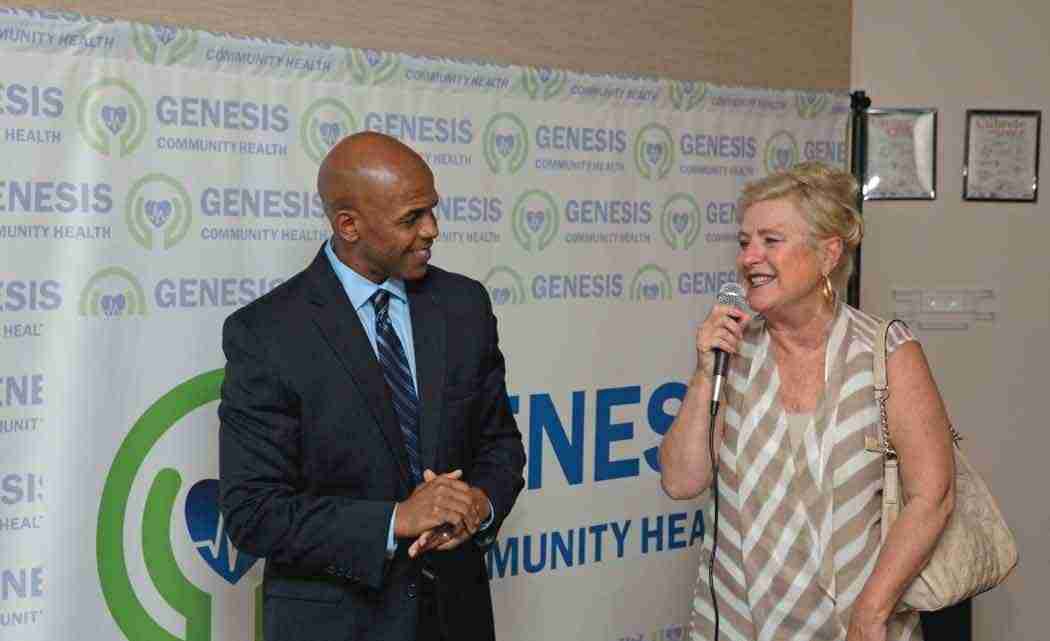 BOYNTON BEACH/BOCA RATON, FL — Genesis Community Health, Inc., a non-profit health clinic dedicated to serving patients of all economic levels, has been awarded a $1,028,722 federal grant for the establishment of a new health center site in Boca Raton.

In Florida, 12 awards totaling $7,732,835 were dispersed to serve a proposed 43,184 new patients. In Palm Beach County, Genesis Community Health was one of three organizations to receive funding, including Florida Community Health Center Inc. and Foundcare, Inc.

DeAnna Warren, CEO of Genesis, shared the good news with about 150 guests at the Aug. 13 Open House celebration of Genesis’ new location in Boynton Beach. In May 2015, Genesis moved to larger offices adjacent to the emergency room at Bethesda Hospital East, 2815 S. Seacrest Blvd. The Open House recognized Genesis’ fifth anniversary, its ability to serve more patients and its stronger partnership with Bethesda.

“We are so excited to announce the proposed new Genesis office in Boca Raton, in partnership with Boca Helping Hands, especially after the outpouring of support we’ve received with our expansion into Bethesda,” Warren said. “We will be announcing our progress soon and look forward to serving more of Palm Beach County.”

The clinic has been serving approximately 30-40 patients a day in its new location, and 28 FAU medical resident physicians are seeing Genesis patients as an extension of the Graduate Medical Education Consortium that was established in 2011.

Genesis’ plans for a new health center site are pending approval by the City of Boca Raton, Warren said. The proposed permanent Boca Raton is planned to open January 2016.

“For more than 18 years, Boca Helping Hands has provided short-term emergency assistance, while searching for long-term solutions to break the cycle of dependence.  We believe this partnership with Genesis Community Health is a major piece in the puzzle to leading those we serve to a life independent of any charitable and governmental assistance,” said Boca Helping Hands Executive Director James S. Gavrilos. “Without access to proper medical and dental care, those we serve are condemned to a life of poor health, which results in further entrapping them and their children into a life of poverty and hunger.”

The continued federal funding will add to the more than 700 new health center sites nationwide that have opened as a result of the Affordable Care Act, including those awarded in May 2015. The national program supports 13,000 community-based and patient-directed health centers with 9,000 sites serving nearly 23 million people.

“Health centers now provide primary care to one in 14 people living in the United States,” said HRSA Acting Administrator Jim McCray. “These awards mean that more communities than ever can count on a health center to help meet the increasing demand for primary care.”

Next post Pope to celebrate Washington Mass in Spanish