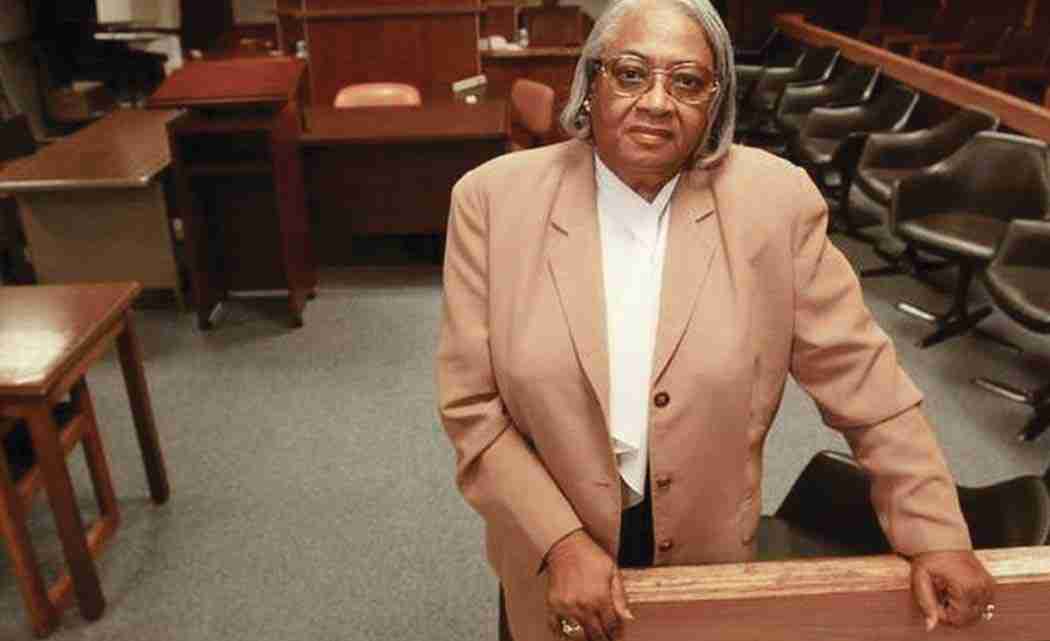 When nine-year old Sherdavia Jenkins was shot and killed in 2006 while playing with a doll near her family’s apartment in Liberty Square, Georgia Jones-Ayers was attending a community meeting at a nearby church. As soon as she heard the news, she left the church, stopped a passing car and had the driver to rush her to the crime scene. Officers attempted to block her from entering the family’s home – until she announced her name.

“The crime tape was lifted and she was allowed to go in,” said Carolyn Boyce, Ayers’ cousin who recounted the story.

Ayers’ influence with the police department and with the community rested on her strict “right is right, wrong is wrong” approach that, combined with a staunch fearlessness, earned the respect of people from all walks of life and on both sides of the law. Miami-Dade Commissioner Barbara Jordan said, “Georgia Jones Ayers was the true definition of courage and commitment.”

Ayers died in her sleep Tuesday morning after being given what her son, George Jones, called a clean bill of health after a doctor’s visit a week ago. “Her illness was her age,” he told the South Florida Times. She was 86.

Ayers built a legacy of helping first time offenders through her Alternative Program, although she was also known for her ability to effectively mediate between the community and the police department, especially when times were tense.

During the 1980 McDuffie Riots, Ayers attempted to restore calm by venturing into dangerous areas that the police were afraid to enter.

“When other leaders could not stabilize the community, Georgia would step in as the peacemaker and bring calm to turbulent situations. Georgia was well loved by this community and will truly be missed,” said Jordan.

Her son, George, said that his mother was “a mouthpiece for the community,” and that although she retired in October, people continued to call her for help. He said it was not unusual to meet new people at their house who soon became like family because of their relationship with his mother.

Ayers lived in District 2, represented by Miami-Dade Commission Chairperson, Jean Monestime, who said that her program, “hailed as a model, has impacted hundreds of lives throughout Miami-Dade County and allowed many of them to become productive citizens of our community.”

“She knew me before I knew her,” said Sears, whom Ayers affectionately referred to as ‘Lil Bit.’ Sears said that Ayers served as a mentor for her, but was so much more. “She always stressed to me that I had to be prepared and could not be afraid when I went into court,” said Sears, who like Ayers, advocates for first-time non-violent offenders in court.

Born on Oct. 21, 1928 in Miami, Ayers was said to have an encyclopedic knowledge of black history, especially Miami’s black history. The area of Miami that is now known as Allapattah was called Railroad Shop Colored Addition when Ayers lived there as a child. In 1947, her family and the rest of the community were removed from their homes and businesses by the city government after the School Board bought land to construct a school and park for white children.

Ayers founded the Alternative Program with Miami-Dade Circuit Judge Tom Petersen, now a senior judge. Theirs was a 40 year friendship that began in Liberty City.

“She always worked to befriend and be allied with the police department, the prosecutor’s office and everyone else. Not everyone could do that but that was a skill she had. When Georgia Ayers walked into a meeting everyone paid attention,” Peterson told The Miami Herald.

Due to disrepair and constant break-ins at its previous location, a new home for the program has been secured on the grounds of the Miami Dade Regional Juvenile Justice Center on Northwest 33rd Street and 27th Avenue.

Ironically, Ayers became involved with the criminal justice system after turning her own son into the police. Sears said that she would refer to that decision often when reminding people of her allegiance to upholding justice.

Congresswoman Frederica S. Wilson is among those mourning Ayers’ death. “My heart is heavy today. A strong, passionate voice in our community has been silenced. The disenfranchised found a voice through Georgia Jones-Ayers. She dared to make a difference and didn’t care who objected to or disagreed with her remarks,” said Wilson.

“Mrs. Ayers was one of Miami’s most influential civil rights activists who worked tirelessly to guide troubled young people away from the criminal justice system and encouraged them to lead productive lives. Her work as the founder of the Alternative Programs will always be remembered as well as her contributions to Miami-Dade County’s history,” said Miami-Dade Mayor Carlos Gimenez.

Wilson said that the best way to honor Ayers is “by continuing to fight injustice everywhere.”