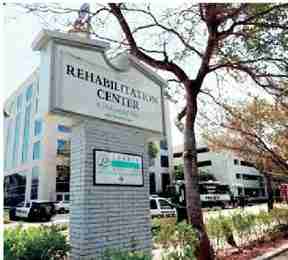 TALLAHASSEE, Fla. – Florida Gov. Rick Scott’s push to force nursing homes to add generators in the aftermath of Hurricane Irma could be blocked after a judge ruled there was no pressing danger that justifies the order.

Scott called for the rules after residents at the Rehabilitation Center at Hollywood Hills died in the days after Irma wiped out power to much of South Florida.

But an administrative judge on Friday sided with the nursing home industry that had challenged the rules as impossible to meet under tight deadlines.

The governor’s office said they would appeal the decision. McKinley Lewis, a spokesman for Scott, called the ruling “shortsighted” and “disappointing.”

“We will not let special interests get in the way of these life-saving measures,” Lewis said.

Hurricane Irma, which ripped across the state in September, was the first major hurricane to hit Florida in more than a decade. It has been blamed for at least 70 deaths in the state and billions in property damage.

Among those who died were Hollywood Hills nursing home residents who had been in the sweltering heat after power was knocked out.

The tragedy prompted Scott to use his emergency powers to put in place new rules that require nursing homes and assisted living facilities to have generators capable of providing backup power for four days.

Several organizations that represent nursing homes and other types of places where senior citizens live challenged the mandate in two separate legal actions.

Scott won in the 1st District Court of Appeal where judges did a limited review of the rule.

But after a two-day hearing that included testimony from state officials, Administrative Judge Gar W. Chisenhall concluded that there was not proof that what happened at the Hollywood Hills was occurring at other nursing homes across the state.

“The greater weight of the evidence demonstrates that despite the tragic but singular events at Hollywood Hills, there is not “an immediate danger to the public health, safety or welfare” to constitute an emergency,” Chisenhall wrote.

Chisenhall also questioned the need to have an emergency rule that takes effect in mid-November right before the end of hurricane season. Hurricane season runs from June 1 to Nov. 30.

Steve Bahmer, president and CEO of one of the groups that challenged the rules, said they were pleased with the ruling, which they contended confirmed that Scott’s actions “imposed an unrealistic timeframe that was simply not possible with so many factors that are outside of nursing home and assisted living facilities’ control.”

Friday’s ruling won’t end what could be a protracted debate. Scott has already ordered two agencies to put in place permanent rules that mirror the emergency ones, although that process can take months. The governor has also said he wants the Florida Legislature to put the mandate into state law.

Several legislators have already filed bills that would require nursing homes to have generators capable of providing power for several days.