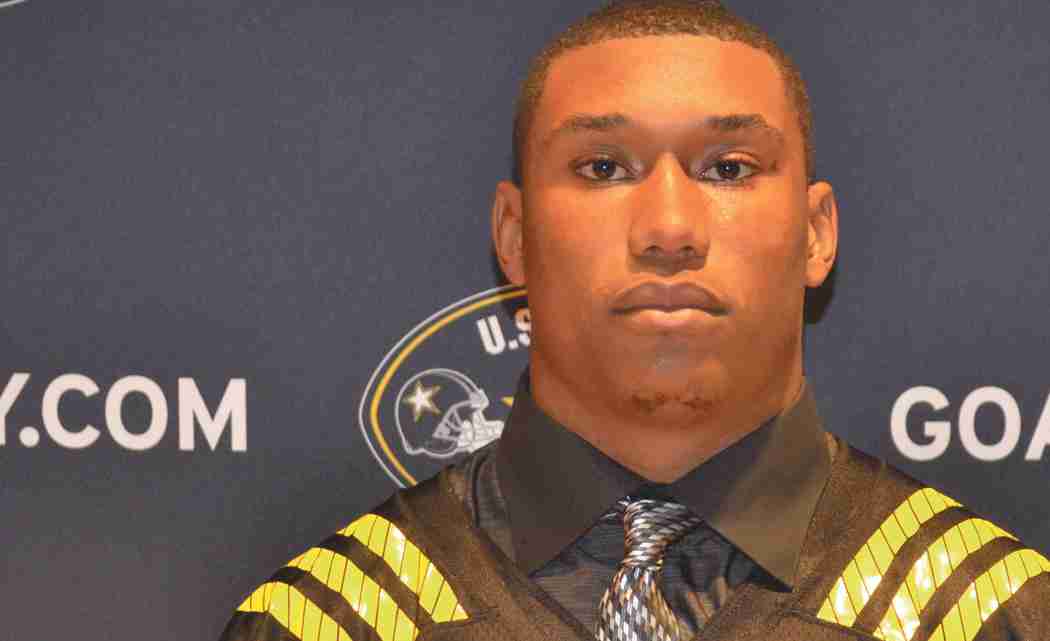 Hallandale, FL — Linebacker Sh’mar Kilby-Lane earns elite status for a 2015 Bowl Game.  Kilby-Lane of Hallandale High School, Hallandale, Florida, has been selected to join a group of All-Americans for the 2015 U.S. Army All-American Bowl. Those selected will play in the annual East vs. West match-up on Saturday, Jan. 3, 2015, at the Alamodome in San Antonio, Texas. The game will be televised live on NBC at 1 p.m. EST and will feature the nation’s top 90 high school football players.

“Sh’mar and all of the 2015 U.S. Army All-American Bowl players were selected not only for their ability on the football field, but also because they demonstrate mental, emotional and physical toughness – similar strengths to those of our Army Soldiers,” said Mark S. Davis, deputy assistant secretary of the Army for marketing. “We are pleased to welcome these talented athletes to this year’s showcase of athleticism, teamwork and excellence and we congratulate each of them on their selection.”

As a result of Kilby-Lane being selected for the U.S. Army All-American Bowl, his head coach Dameon Jones is invited to travel to San Antonio to attend the U.S. Army Coaches Academy, an elite three-day learning experience, and participate in Bowl Week activities.

Next post Obama says Lynch will carry on equal justice​