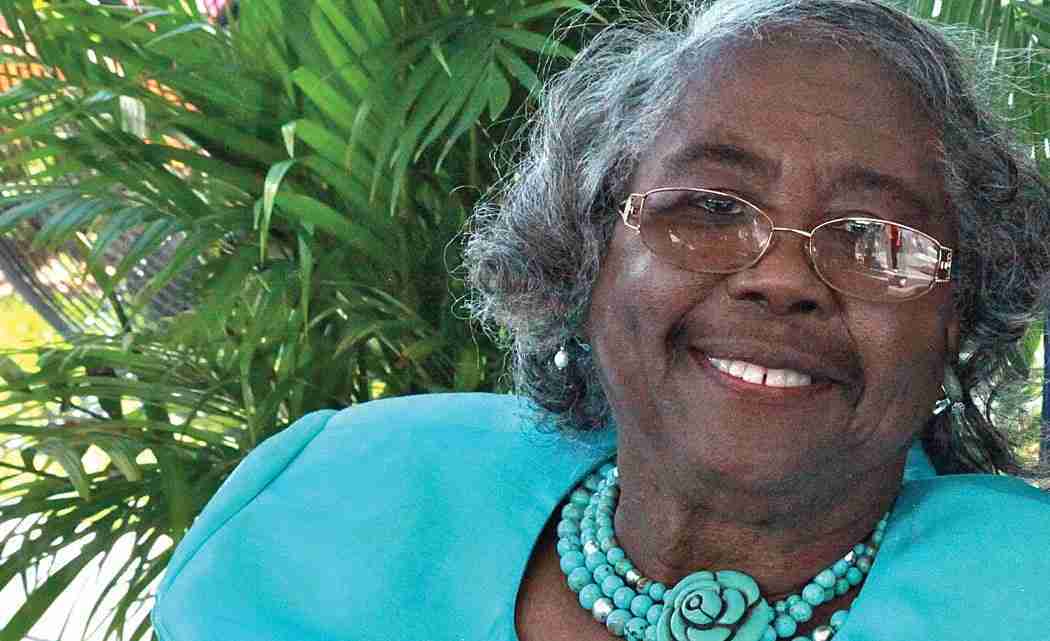 Embolden the future by restoring the past

Miami — In her remarks, Commissioner Audrey Edmonson referenced Sankofa, which means “to look back and get it.” The newly renovated Historic Hampton House offers a fitting example of this African phrase as it rekindles warm memories of its glorious past. That past includes “the greatest” heavyweight boxing champ being photographed by a powerful civil rights legend, and reports that a famous speech about a King’s dream soaked into these walls before its famous 1963 delivery in Washington, D.C.

The community turned out in big numbers last week to welcome a refurbished Hampton House and to imagine what might be said if only these walls could talk. The standing room only crowd of dignitaries and common folk brought together former Commissioners Barbara Carey Schuler and Betty Ferguson with current commissioners Barbara Jordan, Jean Monestime, Dennis Moss, and Edmonson, who represents the district in which the Hampton House is located and who assisted the initiative with obtaining funding for the restoration.

Called a “modern day Nehemiah,” by Rev. Gaston Smith, original chairperson of the Historic Hampton House Trust, Enid Pinkney appeared to bask in an attitude of triumph, reluctant to boast but determined to celebrate what many considered an impossible task.

“We have a lot of naysayers. The naysayers said some 15 years ago ‘this would not happen,’’ said Dottie Johnson, chairperson of the Historic Hampton House Community Trust.

The original Hampton House Motel owners’ children (sons Bob, 74, and Jerry, 66) were in attendance, reminiscing about their parents’ experiences as whites who created this special space for blacks who could perform in the swanky Miami Beach hotels, but not reside.

A jazzy performance whet the crowd’s appetite for what could be offered in the revamped venue where the likes of Sammy Davis Jr. and Sam Cooke once jammed. The atmosphere felt contagiously jovial in the sweltering heat made slightly more palatable by strategically placed large black fans. Also blowing through the Brownsville community appears to be a renewed spirit that has resulted in the newly constructed Hampton Village affordable rentals next door and more new units just blocks away.

The Junkanoo Band captured that energy as it led a dancing audience down 27th Avenue, from the parking lot to the entrance of the $6 million community hub that features a museum, space for a restaurant and motel rooms being converted into office space for community groups, recording studios and rehearsal space for musicians.

Reminiscing about the venue that began in the 1950s as the Booker Terrace Motel, Miami-Dade Mayor Carlos Gimenez said, “If these walls could talk, the Hampton House and the surrounding neighborhood would have many stories about the people that called this place home on their visits to Miami.” He added, “Miami-Dade has an architectural landmark with deep roots and historical significance in our community… that all of Miami can be proud of.”

Miami-Dade County Clerk Harvey Ruvin, who frequented the venue back in the day and is a member of its advisory board confessed that, “I’m here today because I’ve had a 45 year love affair with Enid Pinkney,” with whom he worked to help restore the historic venue.

Also in attendance was the first wife of boxing great, Muhammad Ali, who was a regular visitor, one of his most prominent visits occurring after he defeated Sonny Liston.

“When I came here, I was only 18 and a young mother trying to guide a big man. This is history, y’all, this is history,” said Ali, who pledged that proceeds from an upcoming book will be donated to the Hampton House.

“I will do my best, God willing, to raise enough money to make this monument of history so decorated and well preserved so our children can come here and learn of their history. Know where you come from and you’ll know where you’re going,” she said.

Joined by her husband, Frank Pinkney, at the celebration, Enid Pinkney joked that, “It took me 15 years to write this speech, and now they’re giving me two minutes to say it,” before thanking people who helped to make the occasion possible.

One of those people is former Miami-Dade Commissioner Barbara Carey Shuler.

“When they first started this project, I was ready to give them all of the money they wanted,” she said as she recalled her own Hampton House memories that included meeting jazz great “Cannonball Adderley and his brother here, and many other musical stars.”

She summarized the significance of the day by adding, “We have to write our own story and keep our own history alive.”