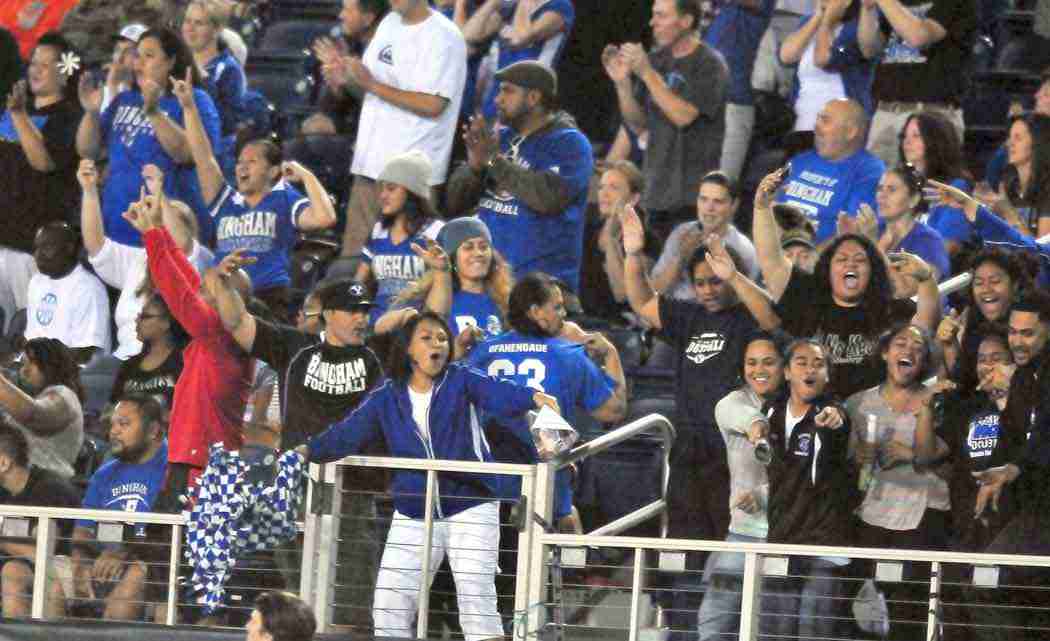 BOCA RATON — It is that time of the year, when South Florida again is football bowl heaven. This time the nation’s eyes were focused not only on the venerable Orange Bowl, or the new Miami Beach and Boca Bowls. There was a new game in town – actually, three games: the inaugural State Championship Bowl Series.

Consider: three Florida high school championship football teams, all ranked top-10 in the country, including two from Miami. Add two more teams from Washington state, plus one from Utah.

The three-game, six-team event, Dec. 27 at the Florida Atlantic University stadium in Boca Raton, marked the official end of the high school football season. It reportedly featured a state champion against another state champion for the first time in an official capacity.

Flocking from the Pacific northwest came not only teams, but family members and other fans. Although in South Florida’s backyard, the games were televised live by ESPNU.

Everyone got what they wanted – mostly. Although the Florida teams won all three games, there were no dull blowouts. Instead there was chamber of commerce weather, and exciting, well-contested games played by talented, well-coached teams.

The noon contest, for example, pitted Jacksonville’s Trinity Christian (11-2, with five players in the ESPN 300), vs. Washington’s Eastside Catholic (USA Today-ranked No. 23 at 13-1 and riding a 13-game winning streak). Things were just warming up as Trinity, the two-time defending Florida 3A State Champion, and winner of four state titles over the past six seasons, took the opener 35-21

The 4 p.m. matchup proved even more competitive. Miami Central (14-1 and ranked No. 6 with its sole loss to Miami’s Booker T. Washington), beat Washington’s Bothell 37-27. Bothell had finished the regular season undefeated (14-0 and No. 16). But Central’s highly recruited Da’Vantae Phillips scored two touchdowns among his 11 receptions on the way to being named MVP.

The 8 p.m. finale featured No. 4 Booker T. Washington’s thrilling 34-28 overtime, comeback victory over No. 8 Bingham of South Jordan, Utah. Bingham had taken the Utah 5A State Championship and finished the regular-season 13-1, with its sole loss coming to No. 1 ranked Bishop Gorman. Booker T. already had captured its third consecutive Florida 4A State Title on its way to a 14-0 regular season and 40-game winning streak.

Perhaps the only downer for the event, created by Paragon Marketing Group and sponsored by Burger King, was attendance – or specifically, the lack of it. The estimated 2,000 people in the 24,000-seat FAU stadium might only charitably be called a crowd, and perhaps only by the sponsors.

The national spotlight on South Florida high school football, however, hardly hurt. For example, USA Today noted the sportsmanship of the Booker T. Washington players who lingered after the game to applaud the Bingham team doing the Haka, or ancestral war cry dance. Joining the smiling Pacific northwest fans were the teams’ coaches, who lauded the opportunity the games had provided their players to see and experience new horizons.

Fans of South Florida high school football, meanwhile, lamented only what some considered a lack of marketing. “I definitely would’ve wanted to be there,” one said, “had I known of it.”