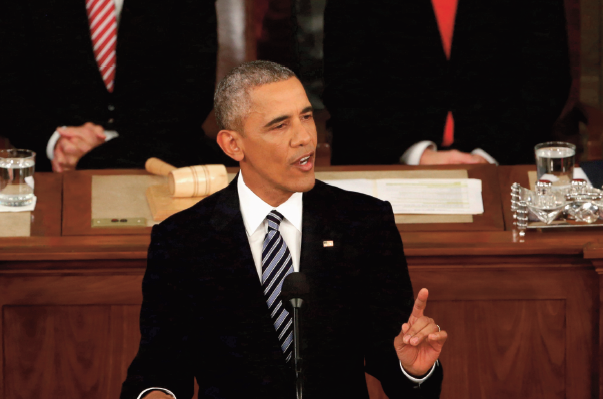 I’ve heard Republicans and Democrats, black people, white people and everyone in between talk about how Obama has divided the country, and to a certain extent I agree. Racial tensions, xenophobia and the hostility between liberals and conservatives have become much more pronounced during the course of his presidency. And here’s how he caused the turmoil (brace yourself): he had the audacity to become president of the United States of America while being a black man! (Gasp)

That’s it. He hasn’t led a rally or incited a riot. He hasn’t called anyone to arms or given an opinion on any group or individual that would inspire hatred. He’s just a descendant of Africans who have never known slavery, holding a position that should constitutionally bind every American to show him respect. Certain Americans have found their way around that because how dare he?!

So let us be clear, it is not the actions of Obama that have been divisive for this country. Outside of the long-running conservative versus liberal ideological divide, it is Obama’s blackness that has become the catalyst for divisiveness among conservative bigots from the Midwest to urban centers. And since black people don’t take subjugation lying down any more, the racist reaction of the bigots to Obama, begets the retaliatory reaction of the black       population to racist, white, conservatives. In short – the cycle continues.

Alas, Obama’s blackness is so divisive that before he began one day of work in his capacity as president, the opposition stated out loud that they would do everything possible to ensure his failure. To some extent they’ve succeeded – the narrative of Obama as a failure has stuck well. But in reality he’s pulled us out of recession, shored up failing banks, helped homeowners not to become homeless, given everyone a chance to benefit from healthcare, made our kids healthier (by Michelle’s efforts), and even instrumentally helped to bring down gas prices. They blamed him when the gas prices were high, and they’ve found a way to blame him when they’re low too. He’s made our country safer. Bin Laden is gone, and the Taliban and Al Qaeda may scare us with gruesome YouTube videos, but they are far weaker than they have ever been.

Those who fell in love with Obama at the outset did so because of the character of the man. Steadfast and unwaveringly balanced, he is the model by which all presidents should be measured. He has never appeared rash or brash, he gathers all pertinent information before making remarks or taking action. He at least got started on most of what he wanted to get done, and has achieved more than anyone thought he could, with or without the support of a do-nothing Congress. That is what makes him so divisive. That a black man would dare to take the highest office in the world and do what many bloviating white men who believe that their whiteness entitles them to more than the rest of us, very likely could not do.

So in truth, it is the white conservatives who have divided this country with their infantile petulance. For them – the weak, soft spoken, should-have-been-a-slave black man can’t do anything right, even when he’s doing everything right. And in this election year they are doubling down on that part of the narrative in a very dangerous way. In an era of international diplomacy that Obama has ushered into reality, white men in a testosterone induced frenzy, seek to beat their chests like Tarzan, put American and other lives at risk, and flex military might that we can muster but really don’t need, just to prove that they can. My mother taught me as a child that it isn’t nice to call anyone stupid, but in this case there’s really nothing else to call these people but stupid.

It would be truly unfortunate for one of these stupid white men to be given the chance to undo all that Obama has done, not just for America, but for the world. Hopefully the country goes for one of the smarter ones, or the lady in the bunch.

Calibe Thompson is a television producer and personality, public speaker and author. Find out more about her projects at www.calibe.net.