Hundreds turn out for Florida March for Black Women 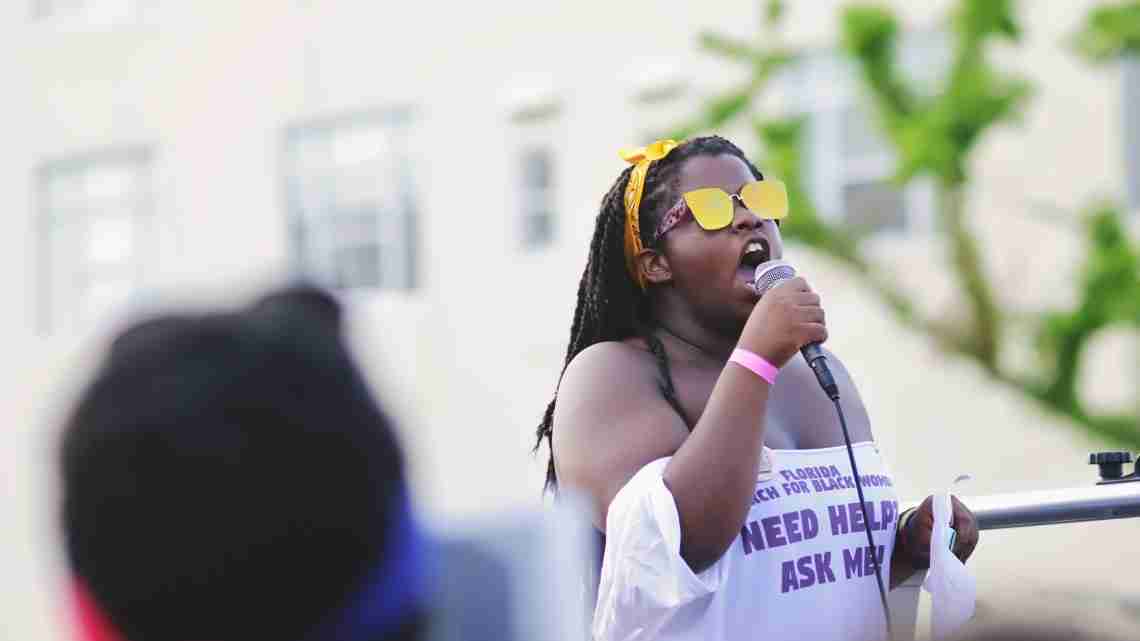 Over 600 people turned out to advocate for equity and equality for women and girls during the Florida March for Black Women, held Sept. 30. 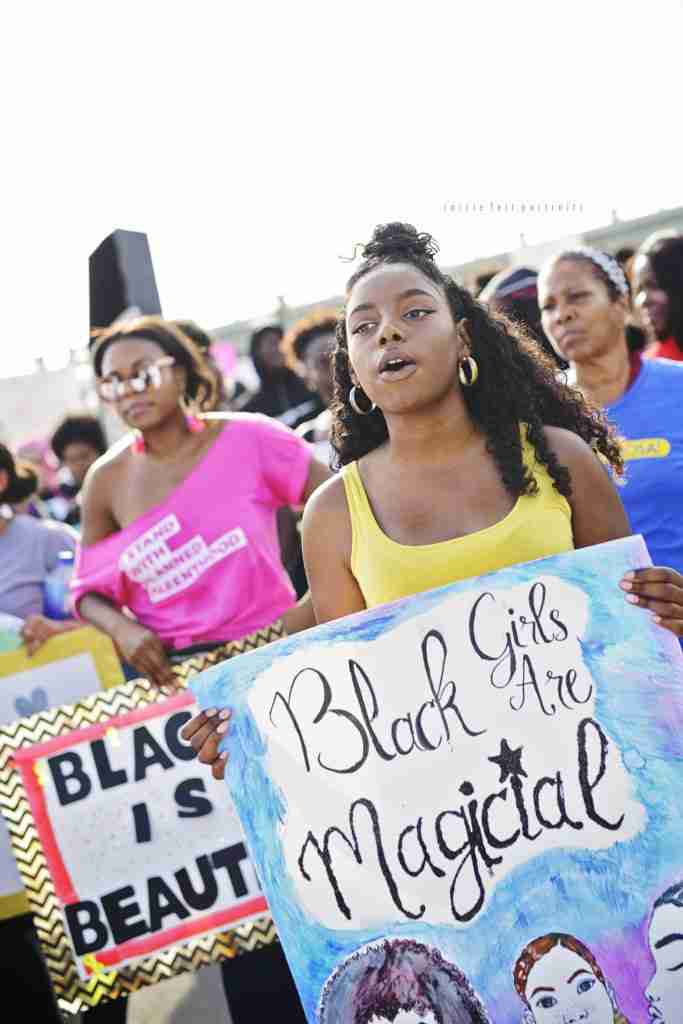 MIAMI – On Saturday, September 30, a diverse group of over 600 women, men and children from across the state filled Miami streets for the Florida March for Black Women to show solidarity and highlight issues that they believe have been neglected and ignored.

A group of statewide organizations including Miami Workers Center, The New Florida Majority, Soul Sisters Leadership Collective, Florida Immigrant Coalition, Power U Center for Social Change, Women’s March – Florida Chapter and others participated in Saturday’s march, joining residents who traveled by car and bus from Jacksonville, Sarasota, Tampa, Orlando and other cities across the state.

The sister march ran concurrent with the national march held in Washington, D.C. where Black women marched at the center of the March for Racial Justice.

June Barrett, Domestic Worker and Member of Miami Workers Center said she had first-hand experience with some of the issues they were speaking out woman, against.

“As a Black immigrant [and] queer I face many challenges … Throughout my 14 years as a domestic worker, I faced clients who abused me both verbally and sexually. Moreover, I face extremely low wages. Despite the fact that home health care is one of the fastest-growing jobs in the country, our wages are still some of the lowest with an average of $10 an hour,” Barrett said.

Others echoed her sentiment.

“We are all connected. Black women exist in every community … I am Muslim and I am a black woman and I am fighting against Islamophobia and anti-blackness because they affect me all the time and they affect me the same,” said Isra Amin Ibrahim, Council Member of Students for Justice in Palestine at Florida International University Jasmen Rogers, Gender Justice Organizer at Miami Workers Center, spearheaded the march.

“We’re starting at Booker T Washington High School, which is a predominantly black high school right across from an [old] women’s detention center to highlight mass incarceration and the school to prison pipeline that goes on in our communities,” Rogers said. “Our demands are about making sure that Black women, girls and femmes are safe, making sure that they are stable and making sure that people are ready to acknowledge that the lives of Black women deserve to be protected.”

Chanice Lee, a 15-year-old blogger, entrepreneur and youth activist showed a wisdom beyond her years.

“For centuries, Black women have been exploited, forgotten and denied civil rights, but the time to change that is now … I am not here to simply march, I am here because I am a 15-year-old black girl who wants her voice to be heard,” Lee said. “I am here on behalf of all of the young black girls who have been silenced and told that their voices are not important. I am here for Darnisha Harris who was only 16-years-old when she had her life taken away from her by a police officer. For Breasha Meadows, a 16-year-old victim of domestic violence who is currently incarcerated.”

“The revolution is in the hands of the young and the sooner that we accept and embrace that, the sooner we can create and shape a world that future generations of Black girls deserve to live in (a world) which should consist of happiness, prosperity and peace,” Lee concluded.