“It is time for us again to get in trouble,” said Lewis in his acceptance speech. “There are forces in America today that are trying to take us back; we’ve come too far, we’ve made too much progress to go back, we must go forward.”

Graves Sr. and Lewis shared the stage as Lewis was presented with the first ever Earl G. Graves Sr. Award for his outstanding and unwavering commitment to human rights.

“We are determined to uplift Lewis and our other XCEL Award honorees as beacons and standards for all black men to aspire to and be inspired by, especially members of the millennial generation, including my three youngadult grandsons,” wrote Graves in a post. “It’s worth noting that Lewis was in his 20s, the age of many of today’s millennials, when, as chairman of the Student Non-Violent Coordinating Committee, he became established as the youngest of the now legendary “Big Six” civil rights leaders.”

Lewis reminisced on their early days in the fight for equal rights and the importance of getting involved.

“I’ve been knowing Earl for almost 50 years … we were with Robert Kennedy when we heard that Martin Luther King Jr. was assassinated,” said Lewis. “The actions of Rosa Parks and words of Marin Luther King Jr. inspired me to find a way to get in the way.”

He ended his acceptance speech telling people of color not to become complacent by the progress that has been made and to instead continue to fight for equality.

“When we see something that is not right, not fair, not just, we have a moral obligation to speak up and to speak out,” said Lewis.

The rest of the summit followed the same theme with many of the speakers and presenters encouraging attendees to never forget the people who paved the way for their success and to get involved in telling the true story of black men in America.

Lonnie Bunch, the founding director of the National Museum of African American History and Culture said he accepted the award on behalf of the black men who came before him, and the “men who were called boys, but they were called boys so that we could be called congressmen, CEO, president.”

Robert Townsend, award-winning actor, director, and comedian, said the negative portrayal of African Americans in Hollywood inspired him to become a filmmaker.

“I knew I was selling my soul for these roles, I had to do something different,” said Townsend. “I went to a young Keenan Ivory Wayans and said ‘we’ve got to make our own movies, we can’t wait on Hollywood … we’re sending out millions of images about people of color that’s a lie.’”

Women also attended the event and gave their perspective in a session called ‘Women Uncensored: Why We Love Black Men.’ Celebrity Chef and Judge of the XCEL cookoff Ernisha Randolph weighed in.

“I was so shocked to learn that black men hear almost daily negative feedback about themselves,” said Randolph. “I think this [summit] gave them the needed dose of empowerment to go back to their homes and excel … this weekend provided black men an outlet to congregate, communicate and be motivated in their way.”

“I was pleasantly surprised with the camaraderie of the conference … strangers exchanging information so that we can help one another succeed,” said 28-year-old Curtis. “I’m a young black man just striving to make it and like so many young black entrepreneurs we need spaces like this to learn from those successful black men who’ve gone before us.”

Graves Sr., the founder of Black Enterprise, believes that the narrative of men of color must change to reflect the truth of what Black Enterprise has known and documented, that “Black men excel. We always have, and always will.”

“It’s not enough to say that black men must do better … we have an obligation to show the way, by pointing out what is almost never acknowledged by mainstream media,” said Graves Sr. “The legacy and contributions of black men are worthy of attention and celebration.”

Benjamin Evans III is the co-founder of BMe Community.

Next post Florida St drops to no. 10 after loss, Clemson up to no. 3 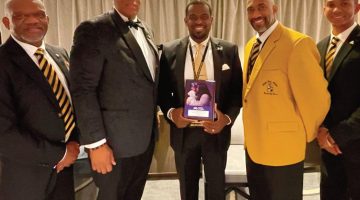 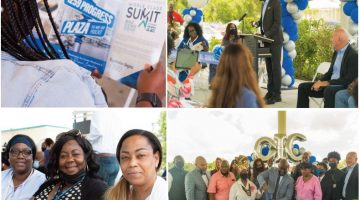