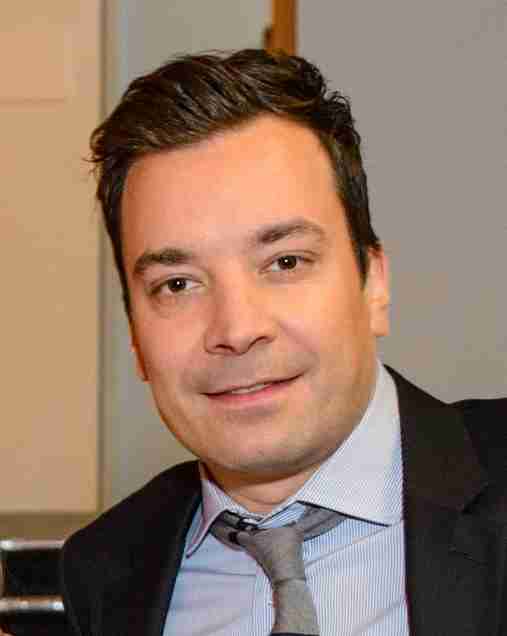 SUNRISE, Fla. (AP) _ The surprise commencement speaker at the Florida high school where a gunman killed 17 people in February was Jimmy Fallon, who said he wanted to thank the students personally for their courage and bravery.

“Most commencement speakers get up and talk in future tense: `You will succeed. You will make us proud, you will change the world,’ the “Tonight Show” host said. “But I’m not going to say that, because you’re not the future. You’re the present. … You are succeeding, you are making us proud.”

Fallon joked about his own less-than-stellar high school performance — it took having to go to summer school to find “my people,” he said — before telling the students that they’re already proven how setbacks can “change us in ways we don’t expect, and make us better, and stronger.”

“You guys have already proved that to everyone. You took something horrific and instead of letting it stop you, you started a movement. Not just here in Florida and not just in America, but throughout the whole world,” he said. “That was you, choosing to take something awful and using it to make a change. That was you, choosing hope over fear.”

“Keep making good choices,” he added. “I’m not saying that because you need to learn it; I’m saying it because you’ve already taught it to all of us.”

Graduate Shannon Recor said afterward that Fallon “made us laugh and cry.”

Four families received diplomas on behalf of the seniors killed in the attack that gave rise to the “March for our Lives” movement for gun control: Nicholas Dworet, Joaquin Oliver, Meadow Pollack and Carmen Schentrup. Graduate Chris Grady said their families received standing ovations when they walked on stage; Oliver’s mom wore a T-shirt that said, “This should be my son.”

The private ceremony for the nearly 800 members of the Marjory Stoneman Douglas High School class of 2018 was held Sunday at the BB&T Center, where the National Hockey League’s Florida Panthers play.

As families arrived, gunshots from a nearby public shooting range could be heard echoing over the parking lot.