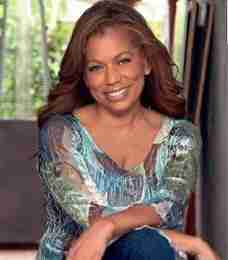 It’s not every day that an international icon celebrates your novel; but that’s exactly what happened to journalist-turned-romance novelist Rolonda Watts when the late, great Dr. Maya Angelou gave her one of her final endorsements. Of Watts’ work, Destiny Lingers, Angelou said: “I fell for this story and the characters novelist Rolonda Watts introduced. I was not happy to finish the book. In fact, I satisfied myself reaching the end by thinking that Ms. Watts will write a sequel soon and very soon. She is a good writer and a good storyteller. Come on Ms. Watts, let the story continue.”

Watts said she was very moved by Angelou’s words.“Dr. Maya Angelou’s endorsement means the world to me. It was one of her last. She was such a strong mentor for me for 35 years. I knew her. I am truly grateful,” Watts told the South Florida Times.

A former broadcast journalist and host of the talk show “Rolonda,” Watts had the first show to cover and gain exclusive access inside the courtroom of the OJ Simpson trial. Committed to standing apart from her counterparts in the talk show world who had guests that frequently fought, threw chairs and took paternity tests, Watts used her platform to get kids out of gangs, save teens from suicide and go live in state prisons to talk about moms behind bars.

Since her days as a daytime TV show host and nightly news anchor, Watts has branched out as an actress, voice-over artist, comedian and novelist. Today, she draws on her real- life experiences as a journalist, a black woman and a woman looking for love to prove herself as a player in the romance genre. Hence, the recent release of Destiny Lingers.

The novel explores the love affair between former childhood friends from different socio-economic and racial backgrounds. It’s a story of sacrifice, racial divide in the South, betrayal and familial strife inspired by Watts’ personal experiences living in Topsail Island, North Carolina, surviving Hurricane Bertha’s attack, as well as her own struggles with racism and love.

When asked why she decided to become a romance novelist, Watts said she’s spent so much time telling other people’ stories, she felt it was her turn.

“I felt it was time I told a story of my own. I have always found my passion in storytelling and writing and have longed for the day I could say I’m a published author and folks were moved by my story,” Watts said.

As for what readers can expect from her in the future, Watts is working on a screenplay and sequel to Destiny Lingers. She will be in South Florida at the Miami Book Fair signing the novel on Friday, November 18 in the Writer’s Row Section from 9 a.m. to 5 p.m. She will also speak with book clubs in other parts of South Florida including: Fort Lauderdale, Boca Raton and Palm Beach. To learn more visit www.rolonda.com.