Judge sides with Florida governor in removal of prosecutor 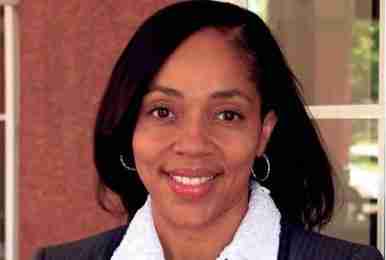 ORLANDO, Fla. – Florida’s governor has the right to remove a state attorney from a case after the prosecutor said she would not seek the death penalty, a judge said Tuesday as he denied a request to delay proceedings. State Attorney Aramis Ayala said earlier this month that she wouldn’t seek the death penalty for a man charged in the slayings of his ex-girlfriend and a police officer. After her announcement, Republican Gov. Rick Scott removed her from the case and appointed a new prosecutor.

Ayala, a Democrat, said the governor overstepped his authority and she is fighting to keep the case. Ayala has said there is no evidence that shows the death penalty improves public safety and it’s costly and drags on for years for the victims’ families.

She asked a judge to delay proceedings for two weeks while she prepares an argument for the Florida Supreme Court. But Circuit Judge Frederick Lauten denied her request Tuesday and said State Attorney Brad King, who was appointed by the governor, will remain as the chief prosecutor.

“The case law that exists in this area is relatively clear,” the judge said. “The governor is given broad authority to assign another state attorney.” The judge said Ayala can still file her argument with the high court, but the case against Markeith Loyd would move ahead, with the next hearing scheduled for Monday. Loyd is charged with first-degree murder in the December killing of his pregnant ex-girlfriend Sade Dixon and the January slaying of Orlando Police Lt. Debra Clayton.

Ayala made it clear she would continue her fight in the higher court. She contends it is unconstitutional for the governor to remove an elected official purely on the basis of policy.

Next post What next, after failed repeal of Obamacare?