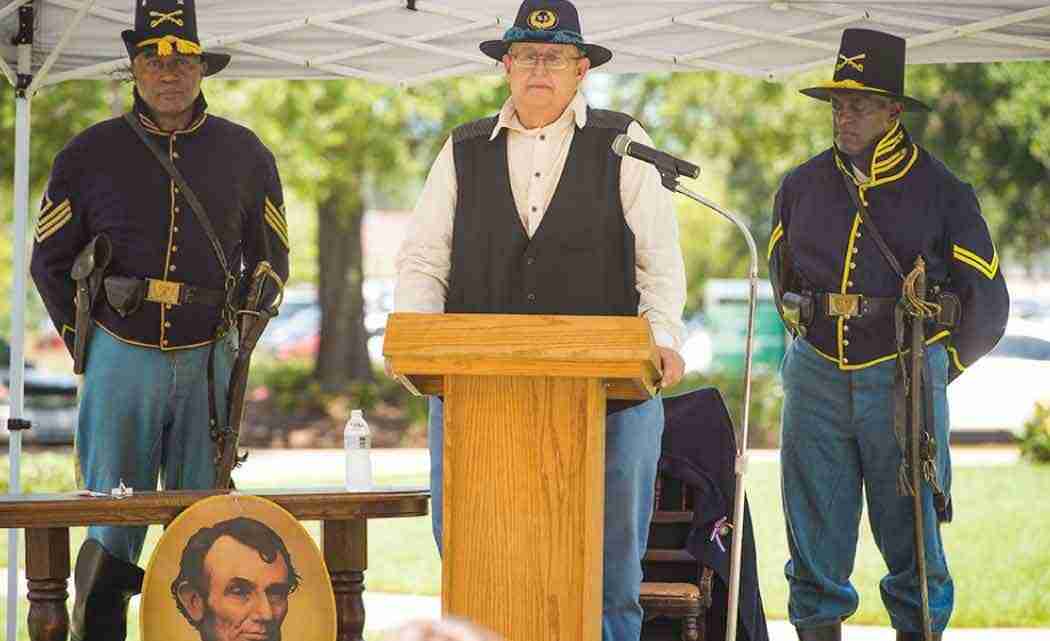 The oldest commemoration of the end of slavery in the United States will reach its landmark 150th anniversary Friday. The holiday, known around the country as Juneteenth, and traditionally recognized on June 19, celebrates the day on which Union soldiers reached Galveston, Texas to announce the emancipation of the last of the enslaved men, women and children.

Palm Beach County’s Spady Cultural Heritage Museum will have its sixth annual Juneteenth celebration featuring a live band, a barbecue, interactive art and a Juneteenth reenactment Friday, June 19, 170 N.W. Fifth Ave., Delray Beach, 5:30 – 8:30 p.m. The museum is a nonprofit organization, which serves as a resource for providing information about the African American history in Florida.

The Spady museum director, Charlene Jones, said the Juneteenth holiday or June 19 is the (unofficial) nationally recognized date for the emancipation of enslaved people in the United States. “We know that (President) Abraham Lincoln signed the Emancipation Proclamation in 1863,” she said. “But it wasn’t until 1865 that the Union troops traveled throughout the southern states enforcing that Emancipation Proclamation.”

Jones said the Union troops arrived in Florida on May 20, 1865 and that’s when the state of Florida was emancipated. She said, however, the Union troops arrived in Galveston, Texas on June 19. The June 19th date for a long time was believed to be the “hold-out” date for many states that still had people who were enslaved in the U.S., Jones said. “We’ve since learned that was not the case,” she said. “However, that particular date has been widely celebrated.”

In 1865, when the Union soldiers, led by Major General Gordon Granger, landed at Galveston, Texas with news that the U.S. Civil War had ended and that the enslaved were now free, two and a half years after President Lincoln signed the Emancipation Proclamation, which became official January 1, 1863, the observance of the African American Emancipation Day, also known as Juneteenth, began and soon spread across the country, according to the website, www.juneteenth.com.

Miami-Dade County’s African Heritage Cultural Arts Center, 6161 N.W. 22nd Ave., Miami, does not have an official Juneteenth celebration but works throughout the year to educate adults and children about African-American history, according to the center’s director, Marshall Davis. “Juneteenth is a historic landmark for us in terms of when all the blacks in America realized that they had been liberated of enslavement,” he said. “It’s very important to celebrate that, as important as celebrating America’s freedom on July Fourth,” he said.
Davis said Juneteenth is a moment in history that speaks to how African Americans got to this point and the effort it took to get there. “It’s not a part of the regular processing of making us feel patriotic and pride, proud of ourselves,” he said. “Our history has always been kind of hidden and we get very minimal information.”

Davis said it is important to educate African-American youth about the history as well because this information may help them make better choices that will have a positive effect on their lives.

Broward County’s Northwest Branch Library celebrated Juneteenth with its sixth annual Blues and Sweet Potato Pie Festival, Saturday, June 13. The event was held at Apollo Park, 15880 N.W. 3rd Ave., Pompano Beach, which is adjacent to the Northwest Branch Library, according to the county’s website, www.broward.org/juneteenth, there was a blues band, a black history mobile museum, drama, poetry and contests at the festival. Juneteenth is also known as “Freedom Day” or “Emancipation Day,” according to information found on the website.

Jones said in her limited travels, she has found that many people still do not know about Juneteenth and the events that took place prior to the emancipation of formally enslaved people but there is a movement to try and turn Juneteenth or June 19 into a national holiday. “I would primarily like them to know that this is the sequence of events that took place in order for the emancipation to take place,” she said. “Because what is being taught in schools or what has been taught in schools is that the signing of the Emancipation Proclamation is what freed formerly enslaved people. And that is not the case.”

Jones added that she doesn’t like to use the word “slave” because no one is born into that situation. They were people who had been enslaved, she said.

Juneteenth has been celebrated each year since 1865, commemorating African-American history, which includes the liberation of enslaved people in the United States and recognizing the many achievements of African Americans throughout the years. Typical Juneteenth activities include picnics, parades, barbecues, games, family reunions and storytelling. The celebration may last days, weeks or even the entire month of June.