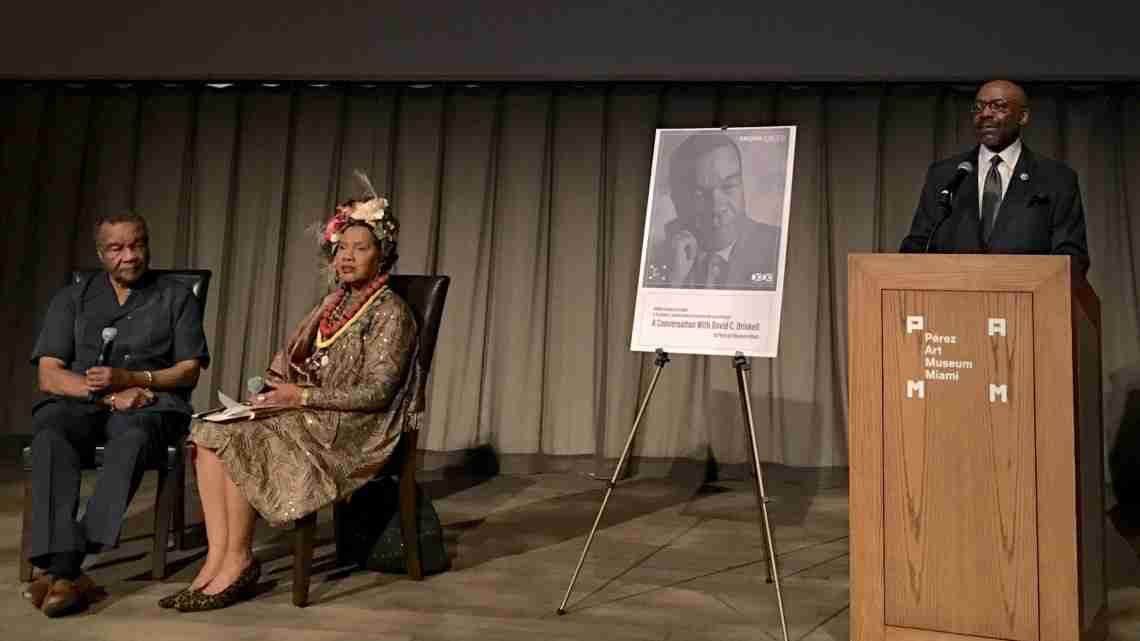 Coconut Grove, Fla. – With exhibits known for creating some of South Florida’s most colorful conversations, and the canvas for many beautiful soirees, KROMA Art Space and Studios heals society’s ills with a brilliant range of exhibits ushering in Miami Art Week 2016.

This year KROMA produced an event calendar that pushes boundaries and is leading the way for art innovation. Positioned as the mecca for arts and culture in Coconut Grove’s Village West, KROMA is the perfect backdrop for this year’s vibrant mix of art, music and food that will be held during the international phenomenon known as Art Basel 2016.

KROMA is the only official visitor center for the Greater Miami Convention and Visitors Bureau (GMCVB) in Coconut Grove. Named as the one of the premiere art spaces under the Art of Black narrative with the GMCVB, it is set to be an influencer that speaks to today’s culturally curious and art aficionados.

Through a partnership with the David C. Driskell Center at University of Maryland at College Park, KROMA ‘Spectra’ is currently featuring ‘Works on Paper’ from the Harlem Renaissance, which masters mirroring the village west renaissance being invoked in Coconut Grove. The premiere kicked off Tuesday evening with a sold-out ‘Conversation with Dr. David C. Driskell’ at Perez Art Museum Miami (PAMM) that was moderated by actress and patron of the arts, Sherry Brewer Bronfman. Bronfman is best known for her leading roles on Broadway in ‘Hello Dolly’ and as the lead actress in the 1970’s hit cult classic, “Shaft.” Driskell is the world’s leading authority on the creation, collection and curation of African-American art.

The party continues on Sunday, December 4, from 8 p.m. to midnight with “3 The Art Way” – a lively celebration of art, food, music and theater. This moving instillation features visual artists Paul Campbell, A. J. Brown, lead singer of the dynamic reggae band Third World, and contemporary artist Mark Cameron! Admission is $20.

KROMA Art Space and Studios is open Monday through Saturday from 10 a.m. to 6 p.m. and is free and open to the public. Visit kromamiami.com for more information.

Next post New Ways to Create Ambiance at Your Holiday Party