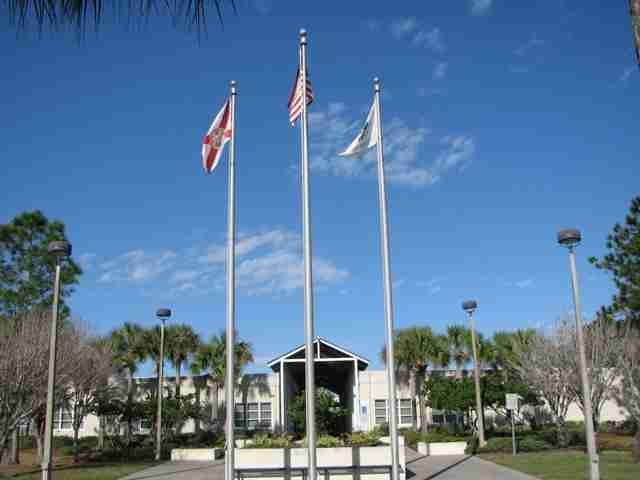 LAKEWORTH, Fla. – Two Lake Worth schools have been nominated for their work with families and the community.

Woodlands Middle School and Hidden Oaks Elementary School are in the running for a Family and Community Involvement Award given by the Florida Department of Education. The purpose of the award is to promote and recognize innovative school practices that increase family and community involvement.

Woodlands Middle was nominated because of its Mustang Mentor program, which was created to support the academic, social, and behavioral success of students by providing one-on-one positive interaction with a Woodlands Middle staff member to create a caring, family like environment.

The program operates during normal school hours throughout the school year. Mentors are volunteers, faculty, and staff. Students are recommended for the program, a mentor is strategically matched with a student, or a mentor can choose a student to mentor.

Most mentoring sessions last from 30 to 45 minutes, at least once per week before or after school. According to the school’s nomination summary, “Students in the program have developed positive attitudes towards school, a higher level of self-confidence, and trust in their teachers. They have also demonstrated a greater level of respect for authority and feel a sense of inclusion, instead of being known as the troublemaker or outsider.”

There are approximately 50 mentee participants in the program. Support from the school’s business partners and volunteers allow student mentees and mentors to receive tokens of acknowledgement.

Once per quarter, participants’ families are invited to the school to celebrate the success of the students and their mentors.

The Mustang Mentor program has proven to be successful and impactful. Not only have the mentors and mentees been touched by its success, it has also had a trickle-down effect to other students. “The attitude on campus is changing, and students now consider their school to be an inviting place with more empathy and less bullying,” according to the statement.

Hidden Oaks Elementary’s High Flying Hawk awards program aims to create an intimate, family-like environment for students. Teachers are given criteria for positive character traits at the beginning of the school year, and each month, all homeroom teachers of students in kindergarten through fifth grade are asked to nominate two students.

One student is nominated because they exhibit a character trait such as responsibility or trustworthiness. A second student is chosen for academic achievement in any subject area, or a character trait. Both student winners from each class have their names displayed outside their classrooms for the month. The student that was selected in the positive trait category is then submitted for the coveted Student of the Month award.

Business partners are invited to nominate one boy and one girl as Students of the Month. According to the school’s nomination statement, the process “creates a greater bond and connection between local businesses and the school, as they get an opportunity to know students through the nominations.”

Winners receive a $25 Barnes & Noble gift card. The two school-wide winners then have their names displayed on the marquee in front of the school and their pictures displayed in the school lobby.

An awards ceremony is held towards the end of each month celebrating these students, and the administration acknowledges winners in front of an audience of their families and friends. Students receive a laminated certificate signed by the principal, a school bumper sticker, a blue ribbon, and coupons for local businesses.

By the end of the school year, each student will have received an award for something positive that they have achieved. “Because students are acknowledged for their strengths, it helps build their self-esteem and encourage them to become model citizens who can make a positive impact on society,” according to the statement.