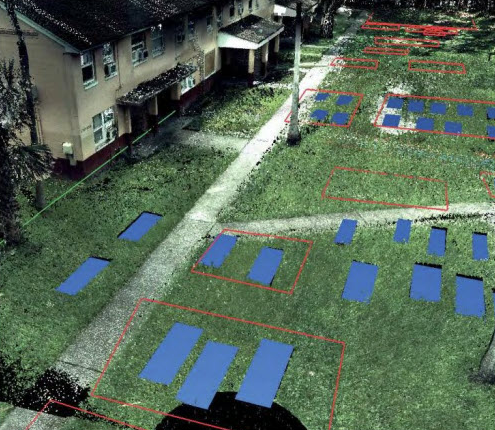 TAMPA, Fla. (AP) – More than 120 coffins from a lost African American cemetery appear to be buried on the grounds of a Florida public housing complex.

The cemetery was established in 1901 and is believed to be the city’s first African American burial ground.

But the cemetery disappeared nearly a century ago when the 2.5-acre burial ground was parceled off for white development.

The Tampa Bay Times began looking for the lost cemetery last year and published a story in June that led the city and Tampa Bay Housing Authority to research the site.
It’s possible more bodies are buried on the site where five apartment buildings now stand.

WASHINGTON (AP) – A white bicyclist in Washington, D.C., has been sentenced to three years in prison for severely beating a black driver.

News outlets report 25-year-old Maxim Smith was sentenced Tuesday after being convicted of offenses including assault with a dangerous weapon. Authorities said Smith was slowly biking ahead of 35-year-old Ketchazo Paho last year; Paho tried to pass him and Smith smacked the car. Paho said he stopped, called 911 and grabbed Smith’s bike to detain him.

Prosecutors said Smith then used his metal U-lock to beat Paho, who later required Like us on Facebook more than 20 stitches. Prosecutors called the attack a hate crime as Smith called Pahoa a racist slur, but the jury didn’t reach a unanimous verdict on that. Smith’s attorney said Smith was under the influence of alcohol and cocaine.