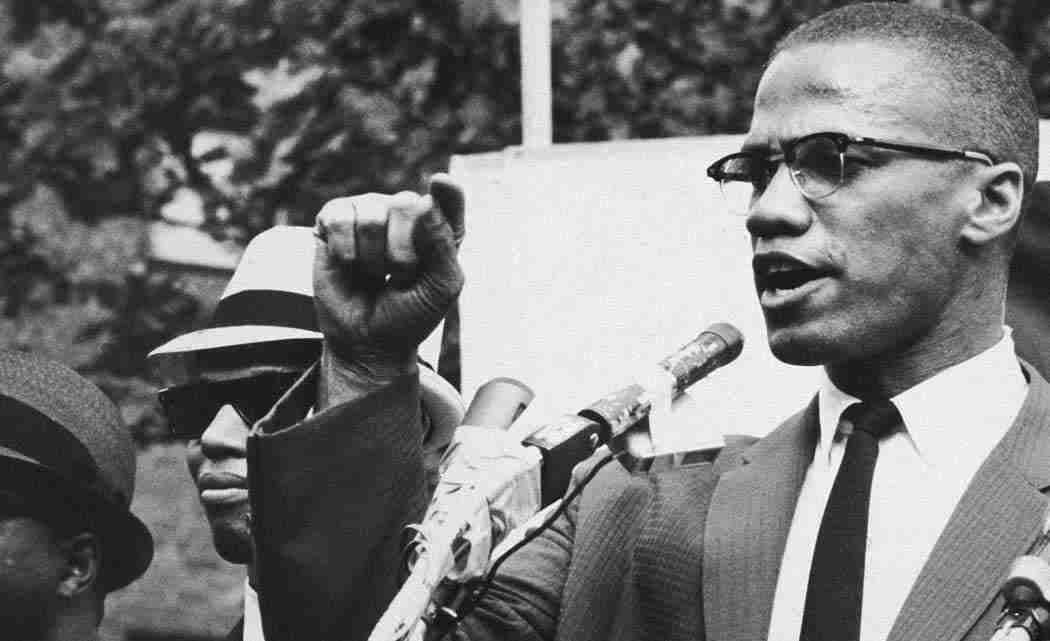 The assassination of prominent Nation of Islam leader Malcolm X, 50 years ago, led to the rise of the Black Power Movement and left a legacy of redemption for generations to come, according to one local professor.  Malcolm X was assassinated on Feb. 21, 1965.  He was 39.  Malcolm was a leader in the Nation of Islam, who are also referred to as black Muslims. He was reportedly shot to death by rival black Muslims.  Malcolm was survived at the time by his wife, the late Betty Shabazz and their six children, Qubilah Shabazz, Ilyasah Shabazz, Malikah Shabazz, Gamilah Lumumba Shabazz, Malaak Shabazz and Attallah Shabazz.

Initially a separatist, Malcolm was famously quoted saying, “We didn’t land on Plymouth Rock. Plymouth Rock landed on us,” a reference to the British pilgrims who allegedly landed at Plymouth rock, a boulder in Plymouth, Massachusetts, an area of America which was colonized by the pilgrims and subsequently the pilgrims forced Africans into slavery to help settle the land.

Malcolm was born on May 19, 1925 in Omaha, Nebraska.  He dropped his surname, “Little,” which he considered a relic of slavery, according to information from, http://www.biography.com/people/Malcolm-x-9396195.  Malcolm articulated the concept of race pride and Black Nationalism in the 1950s and 1960s, according to the site.

Reportedly, detractors called Malcolm a racist and a militant because of his early teachings that blacks had the right to defend themselves against lynching and other atrocities that had been perpetrated against blacks by white people.  He publicly referred to white people at that time as the enemy.  Malcolm urged his followers to defend themselves, “by any means necessary,” according to the website, http://www.history.com/topics/black-history/Malcolm-x.

Rudy Jean-Bart, an assistant professor of history at Broward College South Campus, said Malcolm X was a seminal figure in American history whose story is worth discussing because it reflects the power of redemption.  “The story of Malcolm X is one of redemption, of promise, of courage and of passion,” he said.  “The importance of Malcolm X’s assassination is that though it took away the physical life of one person, it gave life to the Black Power Movement.”

Jean-Bart said Malcolm’s courageous efforts helped his visions to live on.  “Malcolm X without a doubt was the biggest inspiration of the Black Power Movement,” he said.  “When he died, there were those who felt sorry about the loss of such an important figure, but they also knew that his vision must be carried on.”

Jean-Bart said Malcolm’s love for his people superseded his love for his own life because he knew he was facing the possibility of death, of someone killing him.  “That’s courage,” he said.  “That’s impactful.  That’s transformative.”

Community activists Edith Bush said that the time Malcolm spent in prison, where he was introduced to the Muslim teachings, is a testament that anyone can change a negative course in life.

“It’s important that people remember Malcolm X because he did a complete turnaround (with his life),” she said.  “He went to Mecca and foreign countries to learn about what it meant to be a Muslim.”

Bush said in light of tragic events happening today, such as the shooting deaths of three Muslim students in Chapel Hill, North Carolina, it is important to remember Malcolm’s legacy even more.  “The recent murder of the Muslim students shows that these issues still exist,” she said.  “Racism still exists, for religious reasons.  Malcolm’s life should be expounded on because it is up to us to bring out the positiveness of African Americans who made a tremendous impact on our lives.”

Next post From the block to the board room