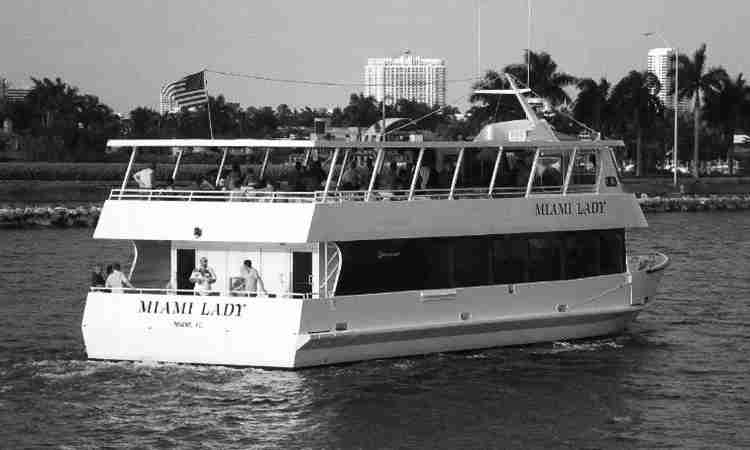 MIAMI— Miami Dade College’s (MDC) Museum of Art and Design (MOAD) Living Together initiative is taking participants on a cruise beneath the stars with Poetry Along the Bay, an evening with celebrated Cuban American poet Richard Blanco. A multifaceted writer who grew up in Miami and the author of several books, Blanco read one of his poems at Barack Obama’s second presidential inauguration in 2013.

Poetry Along the Bay is part of MOAD MDC’s Living Together, a cross-disciplinary series of programs that aims to galvanize Miami audiences with thoughtful and challenging performances and exhibitions that draw from art, music, theater, politics, and poetry; seeking new ways to think about civic space and citizenship, to prompt meaningful actions and conversations.

As the boat sails on Biscayne Bay, past illuminated landmarks old and new, audiences will hear Blanco read poetry that grapples with the state of the world and their place in it and demonstrates why Miami remains an incubator for artistic talent in many fields.

An influential poet and story teller, Blanco invites audiences to reconnect to the heart of human experience. Born in Madrid to Cuban exiled parents and raised in Miami, he has created a body of work characterized by the negotiation of cultural identity and place.

MOAD celebrated its grand opening on April 5, 2018, by presenting Living Together at various sites across the greater Miami area from now to September 2018. Living Together will include works by 17 of the most acclaimed national and international artists, art collectives, musicians, and writers. Events in the series will be produced by MOAD MDC in collaboration with a range of other Miami institutions, and most events will be free and open to the public. The curators of Living Together are Rina Carvajal, Executive Director and Chief Curator of MOAD, and Joseph R. Wolin, an independent curator based in New York.

Poetry Along the Bay will take place on board the boat the Miami Lady on Friday, April 27. Boarding will begin promptly at 7 p.m. at Island Queen Cruises, Bayside Park at 401 Biscayne Boulevard, Miami, FL 33132. Tickets are $15 general admission; $ 10 MDC faculty and staff; $5 students with ID; free to MDC students. Purchase at http://www.mdcmoad.org.

Next post West Palm Beach to receive $700,000 in state grants