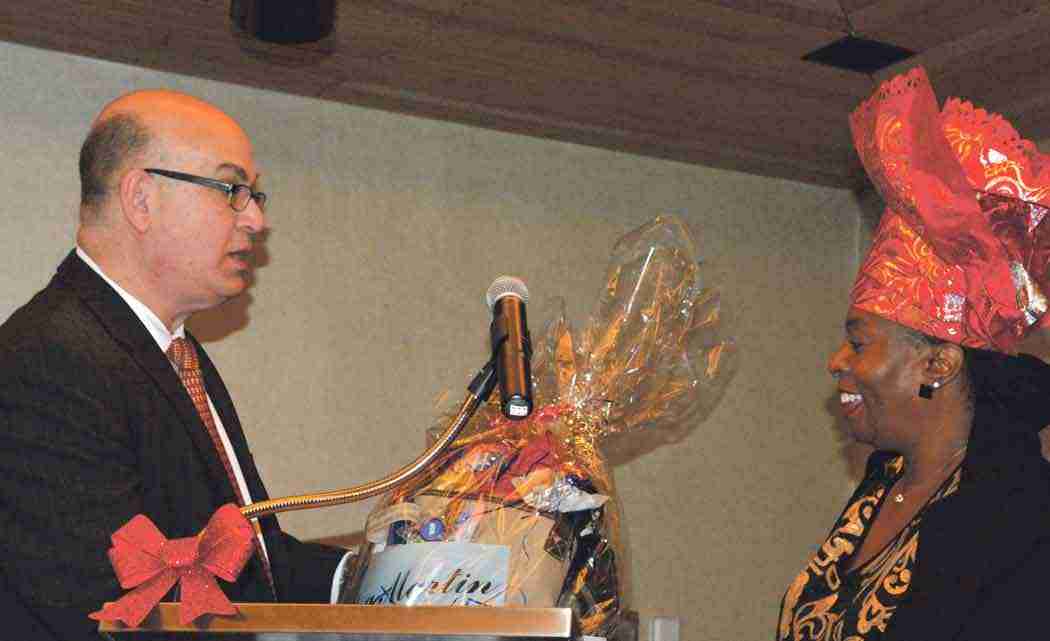 MIAMI — British Airways Duty Manager Sandra Martin was named Miami International Airport’s Employee of the Year at the airport’s Annual Rewards and Recognition Year-End Gala yesterday for assisting a non-English speaking, elderly female passenger who was stranded at MIA en route from Columbus, Ohio, to her home in Accra, Ghana. Martin went as far as staying with the elderly passenger overnight in the airport chapel when hotel accommodations could not be obtained.

“The compassion shown by Mrs. Martin to this passenger exemplifies the dedication to public and customer service we want all of our 40 million passengers to experience,” said Mayor Carlos A. Gimenez. “It gives me great pleasure to thank and congratulate Sandra on this well-deserved honor.”

In February, the elderly passenger was in MIA en-route to her home in Accra, Ghana through London, England. Upon her arrival at MIA, she discovered that she had lost her passport containing her entry visa and that she would not be allowed to continue to London. To complicate matters further, she did not speak nor understand English, and no one immediately spoke nor understood her Ghanaian native dialect.

When Martin learned of the situation, she was able to contact the passenger’s son and explained that his mother would have to return to Ohio. The next available flight, however, was not until the next day. Martin tried but was unable to find a hotel room for the passenger. She then requested that MIA security open the airport chapel and allow the passenger and her to spend the night there, and she also purchased food for the passenger. In Martin’s own words at the time, the passenger “reminds me so much of my own mother and I cannot bear leaving her alone to fend for herself.”

“Sandra’s actions in assisting this elderly woman embody the MIA customer service philosophy that each traveler should be cared for as if they were your own family,” said Miami-Dade Aviation Director Emilio T. González. “While all of our Employee of the Year nominees are outstanding in their own right, Sandra certainly went far above and beyond the call of duty and we are proud to name her our Employee of the Year.”

In addition to being a 24-year veteran with British Airways, Martin is the matriarch of three children and three grandchildren. Her manager Diane Coyle says, “her strength is amazing.”

As Employee of the Year, Martin was recognized with a stay at a local luxury hotel courtesy of the Greater Miami Convention and Visitors Bureau.