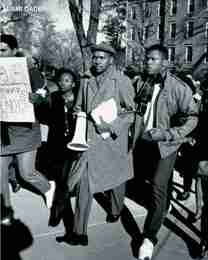 MIAMI-DADE – #BlackLivesMatter was birthed in response to the spate of killings of unarmed black men, mostly at the hands of white police. The movement has also brought greater awareness to many systemic issues that impact blacks in the criminal justice system. Miami-Dade College’s Homestead and Wolfson Campuses are hosting ‘Where’s the Justice?’ forums to provide an opportunity for the community to weigh in on the inequality prevalent within the system. The free event will also focus on ways to improve what many consider a broken institution.

The forums are in collaboration with the National Association for the Advancement of Colored People (NAACP), the Spanish American League Against Discrimination (S.A.L.A.D), and the Miami-Dade Public Defender Carlos J. Martinez.

The dialogue is designed to raise community awareness and find solutions to the barriers of success created by the justice system. The following topics will be addressed:

• Forcing individuals to represent themselves in criminal court.

• Discussing alternatives to unnecessary arrests and convictions for minor infractions.

• Promoting cash register justice through the imposition of fines and fees.

• Identifying immigration and other consequences of a criminal conviction.

For more information on the Wolfson forum, call Tania Acosta at 305-237-5219 or email her at tacosta1@mdc.edu.

For information on the Homestead forum, call Jaime Anzalotta at 305-2373007 or email her at janzalot@mdc.edu.