Miami-Dade rolls out its own brand of condoms 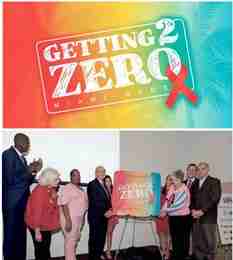 If you decided to count all the adults you meet in Miami-Dade County, the 85th person you encounter may be living with HIV/AIDS.

That is because there are 26,975 people living with HIV/AIDS in the county, which results in one in 85 adults.

What’s worse, the county is diagnosing new cases of HIV-positive people faster than anywhere else in the U.S. as of 2016.

Commissioner Sally A. Heyman sponsored a resolution that created a countywide HIV/AIDS campaign called Getting to Zero. Along with the education and awareness that the campaign brings, the county added a practical tool – its own brand of condoms.

With the unanimous approval of the Board of County Commissioners, a collaboration formed with the Florida Department of Health in Miami-Dade County, the county’s Office of Community Advocacy and others.

They even made sure you had the condoms, which are free, available on the biggest day for lovers – Valentines Day.

Miami-Dade is not the only location with branded condoms. New York has had branded condoms since 2007, and even upgraded to a larger size in 2014, after residents demanded more room to – eh em – grow.

By 2015, New York’s health department reported that it distributed more than 37 million male condoms, more than 1.2 million female condoms (also known as the FC2) and 7.2 million packets of lubricant.

At the unveiling of the branded condom, county officials made good on the education part of the campaign, which continues until Feb. 23. HIV/AIDS advocate Zena Troutman spoke her life before and after she tested positive more than 20 years.

Troutman was devastated when learned about her status.

“I wish someone had talked to me about using a condom,” she said.

Troutman was about 25 years old when she learned of her diagnosis. She was experiencing mental and sexual abuse. She resorted to drugs as an escape.

Troutman said that the diagnosis was a “blessing.”

“I would probably be dead by now. I probably would have died from the drugs,”

Since then, she has traveled from Miami-Dade to Atlanta talking to people about getting tested and using condoms to practice safer sex. She formed a not-for-profit called Caring Hearts in Miami about 12 years ago, with the goal of helping to deter people from having unsafe sex.

Having sex with a partner whose status you do not know, Troutman says, “don’t do it.”

Even though there are super medical cocktails that keep people alive for years, she said it’s no fun living with HIV/AIDS. “You need to take medicine for the rest of your life,” she said. “It takes an emotional toll. You feel sick from the side effects of the medicine; you get depressed.”