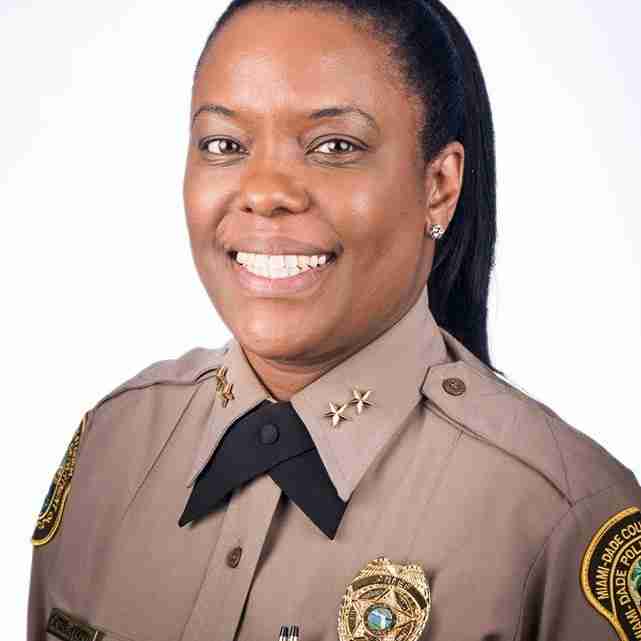 MIAMI GARDENS, Fla. – The City of Miami Gardens made a historic announcement on the heels of Women’s History Month. Delma K. Noel-Pratt has been named the city’s first female police chief.

Noel-Pratt brings 24 years of policing experience along with her passion and expertise to Miami Gardens.

Her career began as a Public Service Aide for the City of Miami Police Department in 1989. In January 1993, she joined the Miami-Dade Police Department, where she became a Certified Police Officer.

The new has served as a Police Officer and Police Sergeant in the Miami Lakes District, Public Housing Section and Carol City District.

In 2012, she was appointed to the rank of Police Major and worked in the Kendall District. While in this position, Noel-Pratt was selected as one of six finalists for the position of Police Director for the Miami-Dade Police Department.

In February 2013, she was appointed to the position of Division Chief and assigned to the North Operations Division.

On her last assignment, Noel-Pratt oversaw approximately 450 sworn and non-sworn employees. She was responsible for command and control of all functions within the Court Services, Economic Crimes, Narcotics, Information Technology Services, Homeland Security and Warrants Bureaus.

City Manager Cameron Benson believes “the City of Miami Gardens is fortunate to have a leader of her caliber, expertise and talent in service of the greater Miami Gardens’ Community.”

“We are so excited to welcome Chief Pratt to Miami Gardens,” said Mayor Oliver Gilbert. “Her long career with the county brings extensive knowledge and experience to meet the needs of our community. We’re looking forward to taking our police department to new levels of excellence under her leadership.”

Noel-Pratt will begin her role on May 1.