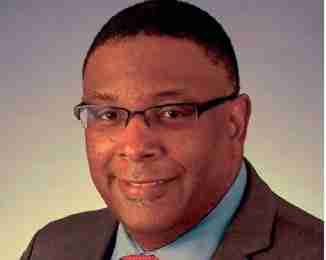 MIAMI – What do Adora Obi Nweze, Bishop Victor T. Curry, Brad Brown, Jouvais Harrington and Shirley B. Johnson have in common? Each has served as president of the Miami-Dade branch of the NAACP and will be honored on Sept.

29 at the organization’s Freedom Fund Soiree. Ruban Roberts is the current president.

The history of the organization extends back to the 1950s, when late clergyman Theodore Gibson fought to integrate Miami’s municipal golf courses. And the late undertaker Oscar Range and Miami Times publisher Garth C. Reeves, Sr. fought to integrate the city’s beaches a few years later. For decades, members of Miami, Fla.- area chapters of the National Association for the Advancement of Colored People (NAACP) have been on the front lines advocating for inclusion and civil rights.

“We are continuously fighting for the rights of the underserved,” said Roberts. “Our primary mission of advocating for the civil rights for all is still consistent with the foundational values of the national office of the NAACP.” Roberts is also the CEO and founder of RER Consulting Enterprise LLC, a training, professional development, evaluation, strategic planning, and management services firm.

In 1988, five local chapters consolidated to create one Miami-Dade branch. On September 29, the Miami-Dade Branch of the NAACP will celebrate 30 years of service during the gala, aptly themed, “Embracing Our Past…Building Our Future.”

Obi Nweze is the current president of the Florida Conference of NAACP; Bishop Curry is the founding pastor of Miami’s New Birth Baptist Church Cathedral of Faith; Brown is a longtime civil rights leader and federal agency executive; the late Harrington was a civil rights activist and advocate and Johnson is a longtime educator and administrator.

“We also advocated for the City of Miami Beach to be more welcoming to black visitors that frequent the beach all year round, but specifically on high impact weekends like Memorial Day and Spring Break,” said Ruban, who as co-chair of the mayor’s Memorial Day Blue Ribbon Panel, helped fund programming and official sanctioning of the His toric Memorial Day Weekend.

“N.A.A.C.P. Those five letters mean a lot. When there is an issue that comes up in our community, whether it’s a social justice, civil rights, or inclusion issue, we respond,” Roberts shared. “When we get involved, the officials we contact, respond. And, we have an opportunity to give input and help create changes,” he added. “We advocate for those who are underserved, voiceless, and don’t have a seat at the table.”

For those asking whether the association is still relevant? Roberts answered, “We are the oldest and boldest civil rights organization in this country.”

Next post An elated Tiger Woods headed to the Ryder Cup