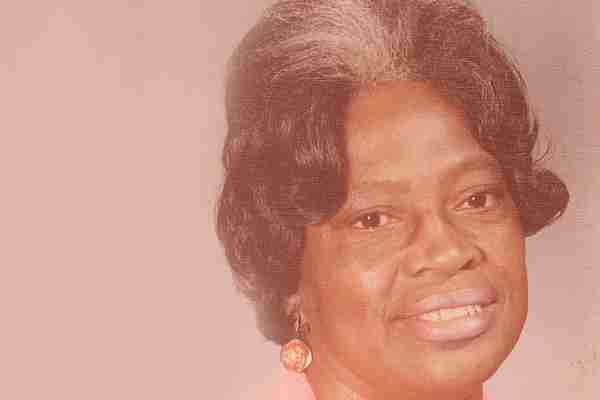 Mildred V. Jones, a longtime Dania resident, passed on Saturday, Sept. 6, in hospice at Memorial Regional Hospital South. She was 93.

She was born in 1921 in Salem, NJ to the late Reuben Kelsic and Mabel Major, and came to Dania in 1947 to visit friends during Easter vacation. While here, she met the love of her life, Rev. Milton Jones Sr.

Jones worked as a domestic in Hollywood, but later applied for a job with the Broward County School System. She was the first food manager at Collins Elementary, and was employed as a dietician for 21 years until her retirement. Afterward, she became an activist in the Dania community.

She also was a dependable worker in her church, but notably, Jones worked diligently to make her community a better place to live by working on the boundary task force and safety speed signs for the school. Her mantra was “may the works I’ve done speak for me.”

For her efforts, she received the “Crystal Apple Award” for her work with the south area advisory council. This work included appealing to the school board not to close Collins because of low enrollment, and to keep it open as a neighborhood school. Jones went before the Dania City Commission, and as a result of her actions the mayor and city attorney drafted a letter to all the school board members, leading to renovations at the school. The next year, Jones received the Chester Byrd Humanitarian Award during the DEDC annual banquet.

Living in an area known as Camp Blanding, which was unincorporated, full of blight, rock roads and not street lights, Jones once again rallied community support at church meetings and formed a club. She spearheaded the group, and lobbied before county leaders. Along with Ann Kolb, they persuaded the county to spend more than $1.5 million for roads, sewers and street lights.

Jones also worked on the centennial celebration, assisting Prudy Taylor Board with information on the history of the African American Community for the city’s 100th birthday celebration booklet.

Jones stated that she always pushed hard like the mailman — rain or shine, working for the people of Dania. One street away from her home stands Mildred V. Jones Park, which was named in her honor.

Next post Hawks’ owner Levenson to sell interest in team