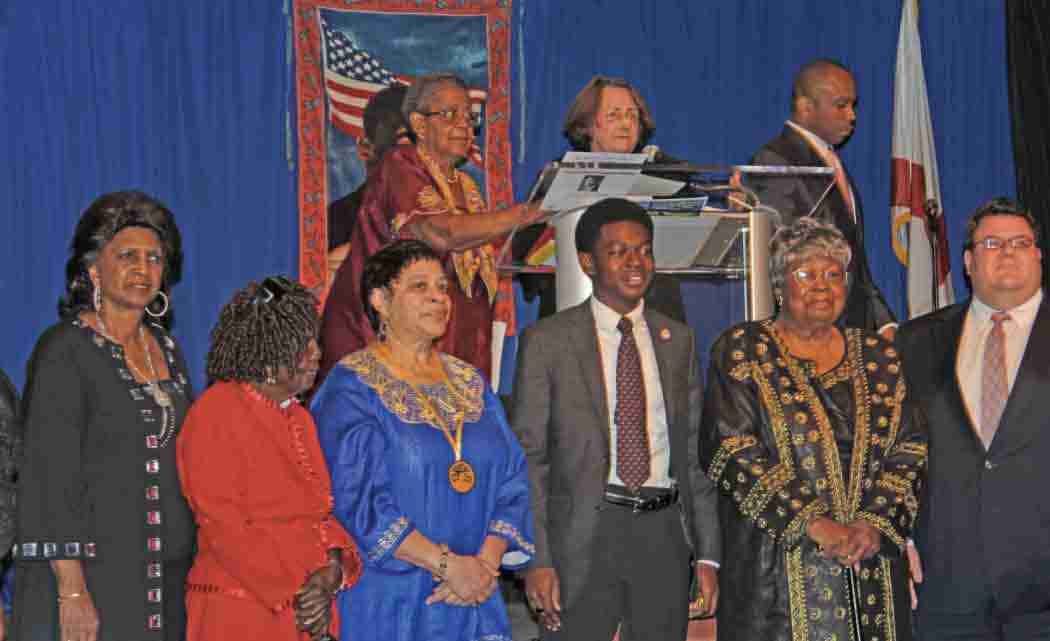 WEST PALM BEACH — For nearly three and a half decades, Edith C. Bush, the executive director of the Martin Luther King Jr. Coordinating Committee, has helped organize events in Palm Beach County in an effort to continue the legacy of the civil rights leader.

Bush said that the breakfast, sponsored by the MLK Coordinating Committee, is a culmination of a week of free events involving young people featuring poster and oratorical contests, poetry, photography and a unity service, all centered around honoring the legacy of Dr. Martin Luther King, Jr.

The only event in which the group charged admission was the breakfast in order to fund scholarships for local youth, she said.

“We try to empower our community through arts and culture and the youth,” Bush said.  “We’ve had some children go to some prestigious colleges from the (proceeds) raised from our breakfast.”

She said that some scholarship recipients have attended highly regarded educational institutions such as Hampton University, Yale University, Princeton University and some of the historically black colleges and universities (HBCUs) as well.

The breakfast’s theme this year was, “Pursue a positive dream, believe it, achieve it.”  Keynote speaker Elvin J. Dowling said that King’s legacy should include a new wave of leadership as civil unrest sweeps the nation as a result of young black males being killed by white law enforcers.  “The value of a black man’s life has diminished in this country,” he said.  “The act of simply trying to get home can be met with deadly force for little black boys and girls.”  Dowling added that peaceful protests can effect change greatly and drove the point home by using this quote from King, “The measure of a man is where he stands at times of challenge and controversy.”

Riviera Beach mayor Thomas Masters said he thinks a way of continuing with King’s legacy would be to honor the current and first African-American president by renaming a major road in the city after the leader of this country.

“I am going to propose to rename Old Dixie Highway in Riviera Beach, ‘Barack Obama,’” he said.  “What will be profound about it is (that) it will intersect with Dr. Martin Luther King Blvd., which used to be Eighth Street.”  Masters said that Old Dixie Highway is a county road so the proposal has to be cleared by the Palm Beach County Commission if it moves forward.  But he is going to start a petition online and with a hardcopy of the petition to be circulated in the community to see if the prospective proposal is supported by the city’s residents.  Rep. Bobby Powell Jr. – Riviera Beach, who was master of ceremony at the breakfast, said the event was not just a celebration of King’s legacy, but an opportunity for cultural remembrance.  “I think the breakfast was an excellent opportunity for people to remember the legacy, the history and the overall importance that Dr. King played in terms of civil rights and moving the nation forward,” he said.  “We’ve made many strides in moving forward in terms of civil rights.  People have the opportunity to vote now.  They have the right to vote. They have the right to live wherever they want, to go to school wherever they want.  There is still a long way to go but the stumbling blocks, many of them, have been chopped down.”

Next post Genetics vs. environment in shaping our bodies