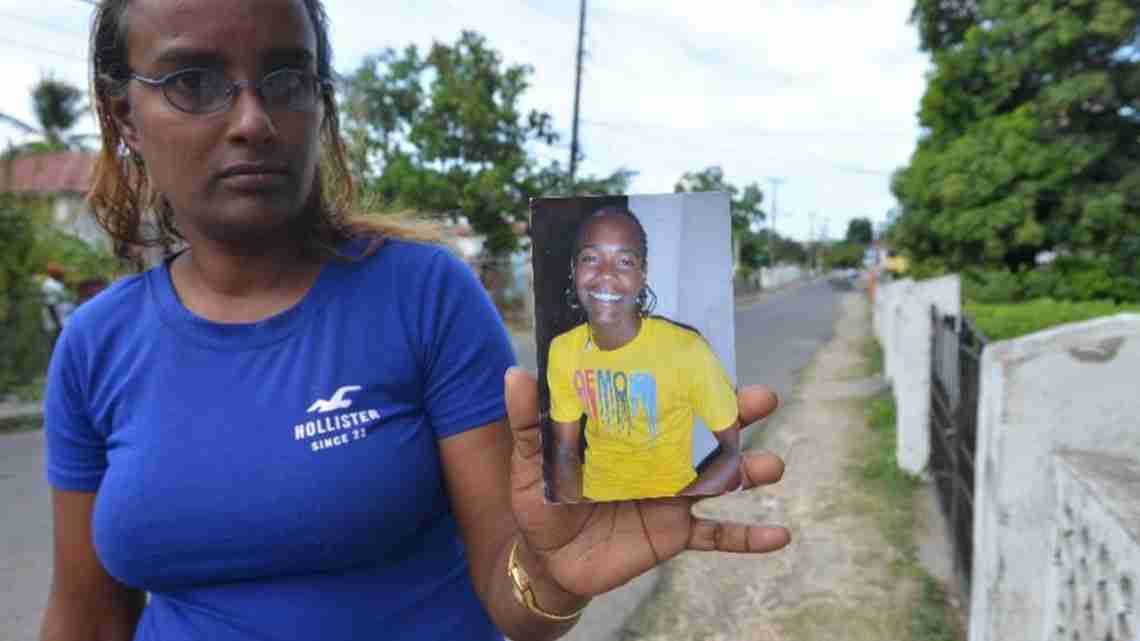 MAY PEN — It’s been nearly a year since Sevina Giderisingh’s 20-year-old son died in a confrontation with a police officer on the dusty outskirts of this struggling city where jobs are scarce and crime abounds.


The only explanation she’s gotten from detectives is that an officer shot her eldest son in self-defense one afternoon last June after he was accused of stealing a taxi. But she says a witness told a starkly different story, that her son, Alphanso, was unarmed and on his knees begging for his life when he was shot.

“Even if he got involved in something bad, my son had the right to go to court. This killing was a crime but where’s the punishment?’’ asked a teary-eyed Giderisingh, clutching her son’s high school graduation photo while standing on a dirt road by parched fields where he died.

It’s not an uncommon event in Jamaica’s poorest neighborhoods, where police and soldiers regularly impose dusk-to-dawn curfews and slum-dwellers say security forces behave as if they are at war. Lawmen are routinely accused of shooting indiscriminately, planting pistols next to dead bodies and collecting spent shells.

But, in an unprecedented investigation, 27 police officers across the island are facing murder charges brought by a commission created by Parliament about four years ago. Eight of the officers are based in a single police division that includes Clarendon parish, where May Pen is the capital.

The Independent Commission of Investigations started work in August 2010, a few months after the bloodiest episode in Jamaica’s recent history: More than 70 civilians were killed in a barricaded Kingston slum while security forces hunted the island’s gang kingpin during a state of emergency.

After years of wrangling with police, a court ruled last year that the commission has the power to arrest and charge officers accused of abuse. Previously, that power fell to an internal police bureau whose agents were accused of incompetence and showing up late at shooting scenes.

Senior commanders of the Jamaica Constabulary Force have long dismissed accusations of unlawful killings and crime scene manipulation as exaggerated, noting that officers work in gang-ridden enclaves awash with illegal firearms. About a dozen officers are killed each year in Jamaica, which the U.N. says has the world’s sixth-highest homicide rate.

In addition to charging a growing number of officers, the commission suspects that police may have been involved at least nine other Clarendon slayings listed as unsolved homicides, according to Terrence Williams, a Jamaican who heads the panel and was the former top prosecutor in the British Virgin Islands. In one of those cases, a masked assailant fatally shot a previously wounded suspect lying in a hospital bed.

The death of Giderisingh’s son is among 1,900 cases being investigated by the commission, dating back to 2008. No determination has been made about what happened to Alphanso and no charges have been filed. Authorities have declined to comment on the killing.

“I am praying that justice will be done,” Giderisingh said. “Not all police are bad but, the bad ones, they need to be cleaned out for the good of the country.”

Susan Goffe, director of the civic group Jamaicans for Justice, said the allegations of doctored police reports raise “the question of whether there are many more persons being killed by police than are being reported.”

Since 2000, security forces have reported killing nearly 3,000 people on this island of 2.7 million. Last year, 258 people died at the hands of law enforcement. In comparison, police fatally shot 13 people last year in Chicago, which has the same population as Jamaica.

Almost all of those killed in Jamaica have been written off by police as armed criminals who died in shootouts. A tiny percentage of the cases have made it to the courts and only one Jamaican officer has been convicted of an unlawful killing since 2006, according to a 2013 human rights report by the U.S. State Department.

The result is that many Jamaicans say they live in dread of both criminals and police. In Clarendon parish, most people refused to identify themselves by name when criticizing police, fearing retribution.

“How do I know something bad won’t happen to me if I speak out?” asked the mother of one young man purportedly slain by an officer facing murder charges.

Still, many Jamaicans support tough police tactics in a country that saw 1,200 homicides last year and where the conviction rate for killings is about five percent.

“This country needs rough police who aren’t afraid of bringing the fight,” said Ernest Johnson, a taxi driver buying a drink near the May Pen police headquarters.

Owen Ellington, head of the Jamaica Constabulary Force, said he is eager for the commission’s investigation to be concluded, saying many upstanding officers are working under a “cloud of suspicion.”

He agrees police have a “trust deficit” with much of the population but says perceptions are improving as more rogue officers are booted out and reform efforts are broadened.

In recent years, authorities have encouraged community-oriented policing in slums where there have been longstanding accusations of police “death squads.”

Goffe, of Jamaicans for Justice, said the independent investigations have the potential to be “a turning point” – if prosecutors and courts follow through with fair trials against police.