Most inmates in Bayamon, Puerto Rico voted in Republican primary for Trump 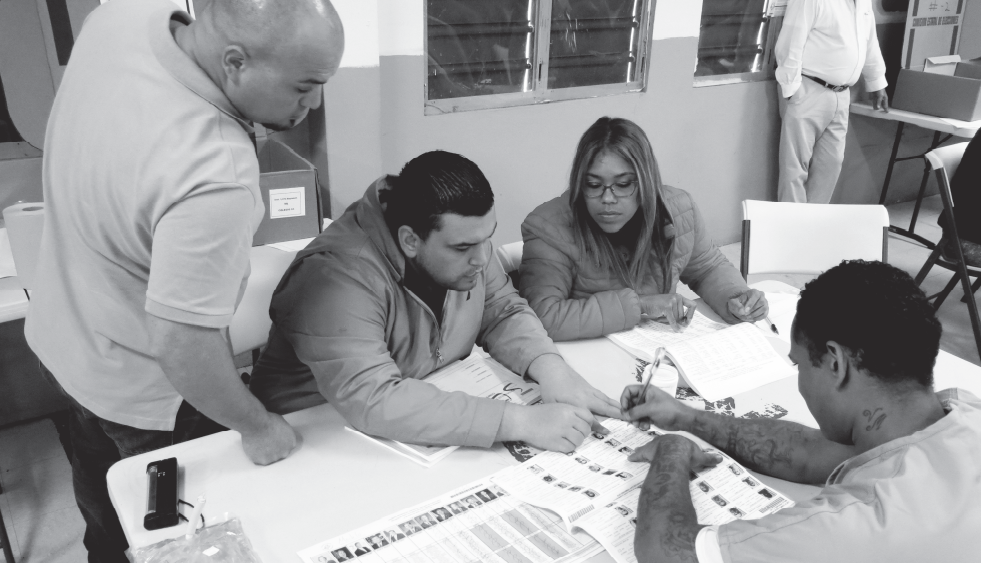 SAN JUAN, Puerto Rico – Thousands of inmates lined up in prisons across Puerto Rico on Friday to cast early ballots in the U.S. territory’s Republican primary, some saying they hoped the elections can help lift the island out of an economic crisis.

At least 6,500 of the island’s 11,500 prisoners are registered to vote, and government officials said this year’s turnout was strong. Even prisoners not registered are allowed to participate in the open primaries, which are held two days ahead of the vote for the general population. The island’s Republican primary is Sunday while Democrats vote in June.

and concerns for relatives who have left for the U.S. mainland, seeking jobs.

“I wanted to take action this time,” said Omar Quintana, 37, a first-time voter who is serving a six-year sentence for robbery at Institution 1072 in Bayamon, just southwest of the capital of San Juan. “Maybe this will improve if we become a U.S. state.”

Like others, he declined to say who earned his vote, but said he made up his mind after watching two televised debates and talking with other inmates.

“The deficit we have right now is incredible,” he said after ducking into a cardboard structure covered with a plastic curtain to cast his vote. “Something needs to be done, or otherwise we’ll sink.”

One man in his 30s told poll workers he could not read and asked them to read the names aloud until he recognized his choice.

Puerto Rico has allowed inmates to vote since the 1980s, though they make up a tiny share of the overall electorate. On the mainland, only the U.S. states of Maine and Vermont let inmates vote.

“This is a democracy, and everyone should be able to exercise their right to vote,” said Edgardo Rodriguez, 46, another first-time voter. “Puerto Rico needs help. … The crisis is choking us.”

Puerto Rico residents cannot participate in general presidential elections but can do so in primaries. Puerto Rico sends 20 delegates to the Republican convention, three of them super delegates already backing Marco Rubio, who visited the island in September and plans to do so again briefly on Saturday.

None of the inmates interviewed revealed their choice of candidate, but they all agreed on one   thing:

“Obviously, it was not for Donald Trump,” Rodriguez said. “He hates Latinos.”

It’s a sentiment that Trump has rejected.

He issued a statement this week saying that he liked the island and has visited many times: “The best Puerto Rico has to offer is its people.”

Next post The best time to be who we are