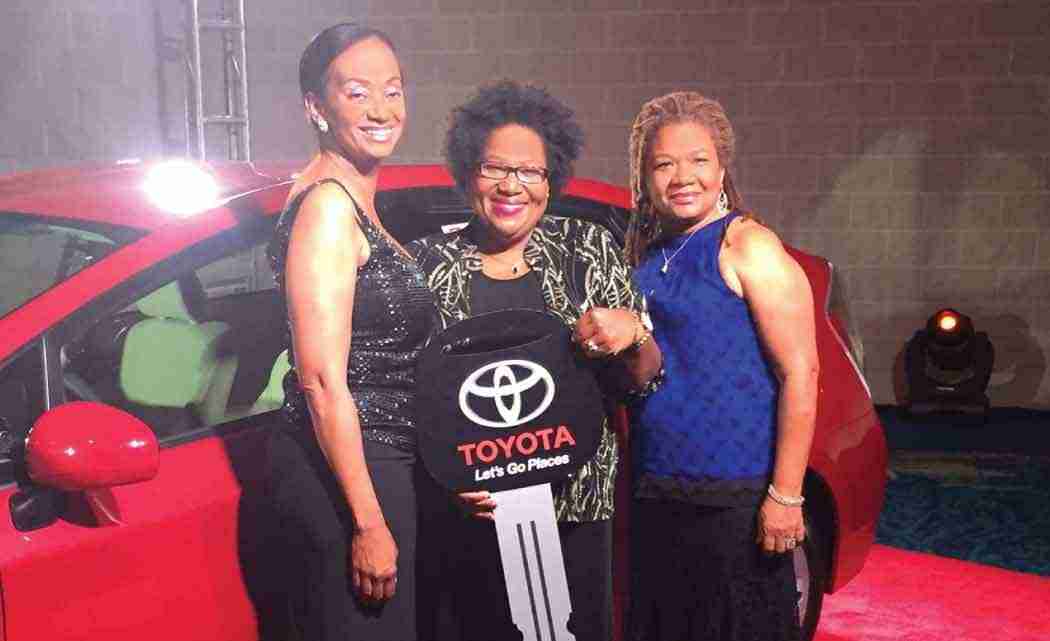 FORT LAUDERDALE, Fla — The 2015 National Urban League Conference themed “Save Our Cities- Education, Jobs, Justice” was a place where people from throughout South Florida came together to learn, share, and improve themselves and their communities.

“It is the first time in this election cycle that candidates from both the Democratic and Republican parties have come together on one stage. The presence here today of these candidates represents an outreached hand, an important signal that they take our issues, our communities, that they take each and every one of you very seriously,” said National Urban League President and CEO Marc Morial during the plenary opening.

The conference also included an entrepreneurship summit as well as the Youth Leadership Summit, and a career and networking fair.  Several national companies sponsored these events, such as Toyota.

“We have a lot of discussion on jobs and education. As a major employer in this country and number one seller we have a broader response to our communities than just selling cars. You have to expand your outreach,” said Jim Colon, vice president, African American Business Strategy, Toyota Motor Sales USA, Inc.

One method of outreach is a training facility in Los Angeles for vehicle technicians to create opportunities for those who don’t have a college education. The idea is to give people marketable skills, prepare them for today’s economy, and give them a platform to share new ideas.

“At the end of the day the big change that’s happening is the demographic change. Where will the next good idea come from? When everyone contributes that makes our country a better place,” said Colon.

Toyota has also sponsored the NUL conference for more than 20 years.

“For the last two decades, Toyota has been a proud sponsor and a loyal partner to the National Urban League.  We believe in their mission,” said Colon. “Being part of the conference provides us with a great opportunity to connect with consumers and establish partnerships with the African-American and Hispanic communities we serve.”

During the conference, Toyota showcased two of its outreach programs as well: Teen Drive 365 and Buckle up for Life.

Teen Drive 365 is a program designed to give youth a better understanding of the rules of the road. Teens experience how a car stops and how a car handles in an accident in a driving simulator. Toyota also offers teen driving safety clinics.

“It really gives teenagers a great start to their driving lives,” said Colon who put his own teens through the program.

Buckle Up for Life is a joint venture between Toyota and the Cincinnati Children’s Hospital Medical Center. It was designed to educate and train people on the proper use of car seats.

“As the number one selling automobile brand in the world, Toyota is committed to promoting
better safety habits among all people, all ages. We were pleased to bring the Buckle Up for Life program to this year’s National Urban League recognizing that African American and U.S. Hispanic children are 10 times less likely to be properly restrained in a vehicle. It was important to share lessons here and demonstrate to parents how to best protect their children, preventing head injuries and sometimes, fatalities,” said Colon.

According to Toyota, three out of four car seats is installed incorrectly. So, Child Passenger Safety Technician Nathaniel Washatka gave several tips to conference attendees. For example, if a car seat can wiggle more than an inch along its belt path it’s too loose.

“People need to be more vigilant,” said Washatka. “We also want people to know that there are options for children with behavioral or medical conditions. There are cases where they need different restraints like vests or more accommodating car seats. There are options.”

Toyota offers grants annually to pediatric hospitals that pay for staff, car seats, and other supplies in order to bring this program to local communities.