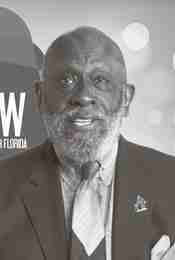 MIAMI –The Word (1080AM) began airing ‘Black Talk – We Rise’ yesterday, June 28 from 78 p.m. The hour-long show will continue to air weekly every Wednesday. Fair said it will focus on “a no holds barred conversation about current issues of importance to people of color and “what they must do to resolve them.” The format will be call-ins with occasional guests.

The new show will be hosted by T. Willard Fair, President and CEO of the Urban League of Greater Miami (ULGM) and brought to you Bendall Insurance Group.

Fair, who has spent his life working to improve the living and working conditions of South Florida’s Black community, has hosted both radio and television programs; met with Presidents of the United States of America; authored opinion articles in major print media, most recently USA Today; and received over 300 citations and awards in recognition of his services to South Florida.

For more information about the upcoming show, contact Jennifer Smith at 786-871-2421 or email jennifer.smith@salemmiami.com.

Previous post Review: 'The Last Knight,' is round 5 for the Transformers