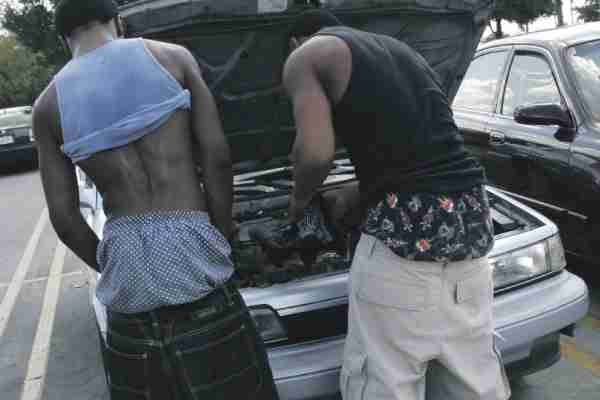 Saggy pants ban may go away

Two Ocala officials want to repeal the city’s so-called “saggy pants ban,” an ordinance that prohibits anyone on city property from wearing pants that sag well below the waistline and expose undergarments.

The councilmen, Jim Hilty and Brent Malever, initially voted for the ban, but now say it’s too ambiguous to enforce. The mayor has called for a special meeting to address the issue.

The ordinance, proposed by Councilwoman Mary Sue Rich, has come under fire from the NAACP and others who say it targets young black men. Violators can be fined up to $500 and spend up to 60 days in jail.

Rich, who is black, denied the law targets any one group and says the saggy pants are disrespectful.

A planned South Florida condo that shared its name with a group of Islamic extremists is getting a new identity. ISIS Downtown is a major development being built in West Palm Beach. ISIS is also one of the names for the al-Qaida splinter group behind the beheading of the American journalist James Foley. The new building is now being called 3 Thirty Three Downtown.

Authorities say a young woman lost her right arm after being struck by a train in north Florida. The Marion County Sheriff’s Office reports that the woman was apparently drunk and upset about a recent breakup when she was lying next to a train track in Belleview on August 26.

The woman was taken to a nearby hospital in critical condition.

Florida’s teachers union along with the NAACP and organizations representing school boards and school officials are suing over the state’s largest private school voucher program. The lawsuit filed Thursday seeks to dismantle a program that serves more than 60,000 students, many of them from low income families.

The Florida Department of Health in Miami-Dade County has confirmed four cases of locally transmitted mosquito-borne dengue fever and is urging residents to take precautions. The three cases include a 49-year-old and two 64-year-old individuals. Symptoms of dengue fever may include headache, fever, fatigue, dizziness, weakness, pain behind the eyes, joint pain and confusion. For more information, visit dadehealth.org or call 305-324-2400.

Next post FUNdraising Good Times: Have you taken the Ice bucket challenge?