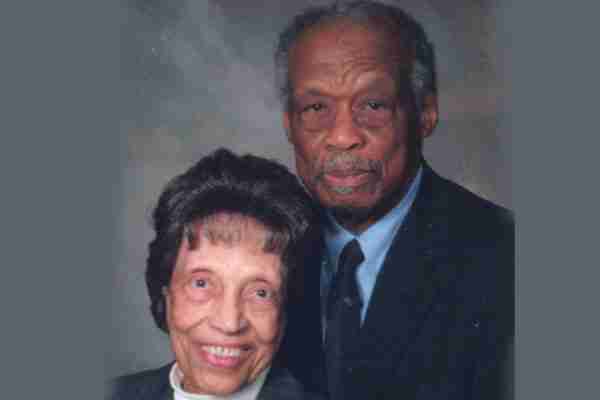 DAYTONA BEACH — Jefferson P. Rogers, who blazed a civil rights trail in Miami and across the nation, died Friday in Daytona. Born in Quincy, Florida on Jan. 24, 1917, he was 97.

Rogers and his wife Mary Grace became well known in the Miami area where they relocated around 1980, joining the faculty of then Florida Memorial College; he was also director of the Center for Community Change.

They worked together to foster educational, economic and social development projects in Miami-Dade County, partly through a popular Distinguished Lecture Series that drew audiences from the whole community to the Miami Gardens-based campus.

Rogers succeeded in getting tennis great Arthur Ashe – to whom he was a longtime friend, mentor and counselor – to join the board of trustees of the school.

The Rogers couple also established New Birth Corporation Inc. which eventually acquired, renovated and continues to preserve the childhood home of Howard Thurman in Daytona Beach, where they eventually relocated.

Rogers graduated from Florida A&M University in 1940 with a bachelor’s degree in history and the Rev. Dr. Benjamin E. Mays, president of Morehouse College, arranged a scholarship to Howard University for him to study for the ministry. Mays also wrote a letter to Rogers’ grandmother and sent for him so he could persuade him to accept the scholarship.

Rogers took up the offer and, in 1943, he earned a master’s degree in religion and philosophy from Howard, where Thurman was one of his professors and mentors.

After graduating from Howard, Rogers served as director of Christian education at Jones Tabernacle AME Church in Philadelphia, then he and his wife, the former Mary Grace Harris, decided to continue their education at Yale University, attending from 1945 to 1947. Rogers’ keen interest in racial issues, theology and social justice led him to Cleveland, where, in 1947, he became Race Relations secretary for the Evangelical and Reformed Church, headquartered in that city. The couple relocated to Washington, D.C., in 1953, when he was named pastor of Plymouth Congregational Church. He soon became well known for his scholarly, intellectual and spiritual presence, for his devotion to promoting racial integration and his participation in the civil rights movement.

Rogers founded the Church of the Redeemer in September 1958 and served as its pastor until 1970. Meanwhile, he quietly became a member of Martin Luther King Jr.’s brain trust and served as head of the local chapter of King’s Southern Christian Leadership Conference. His home often served as a center for strategy sessions with King, Andrew Young, Wyatt T. Walker, Jesse Jackson and other stalwarts of the civil rights movement.

Rogers next moved to Boston in 1970, becoming president and executive minister of the Black Ecumenical Commission. Two years later, he was appointed the first black pastor of Hollis Presbyterian Church in New York.

After moving to Daytona Beach, he established the Thurman Distinguished Lecture Series, which ran from 1996 to 2011, in partnership with Stetson University in nearby Deland.