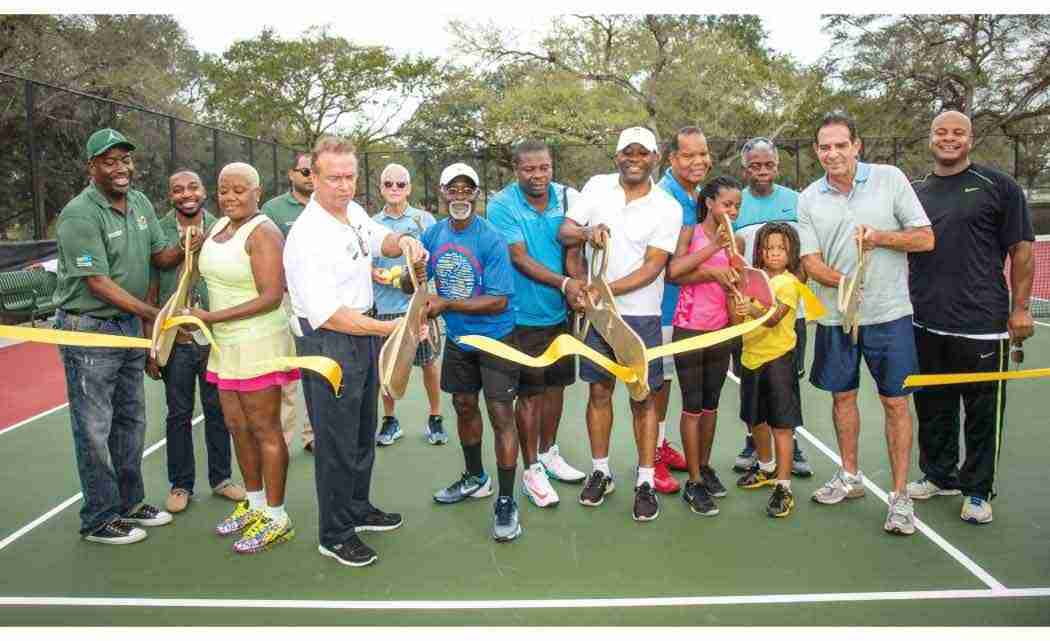 MIAMI-DADE, Fla. — Local tennis buffs have improved courts on which to practice the sport now that four new tennis courts have been unveiled. Miami-Dade County Chairman Jean Monestime hosted a ribbon cutting ceremony on Dec. 18 to officially inaugurate the refurbishments at Oak Grove Park. Prior to a community tennis match, Monestime engaged fellow commissioner, Xavier L. Suarez, in a friendly match to try out the new courts

“I am very proud of the work that we have accomplished here. The new tennis courts are first class and area residents will enjoy their use for years to come,” said Chairman Jean Monestime.

“The completion of this project is a testament to the progress of our commission under Chairman Monestime,” Commissioner Suarez said. “There are still General Obligation Bond projects that need to move forward for the sake of our community, and today was proof that good leadership can get us there.”

The park development project included the addition of an ADA-compliant water fountain, connecting walkways, eight benches, trash receptacles, and access control fencing. The site also received a new water meter, a new storm drainage system and two new electrical outlets and empty conduits for future court lighting. In addition, existing light poles were relocated along the walkways and landscaping was improved with the planting of five new live oak trees and the transfer of several gumbo limbo, live oak and sabal palm trees to new areas within the park.

Phase development at the park will include the demolition of four pre-existing tennis courts to be replaced by the future Father Gerard Jean-Juste Community Center.

“Oak Grove Park is a hub of health and wellness for neighbors of all ages. These revamped tennis courts are sure to inspire tennis players of all skill levels to get in the game and have fun being active outdoors,” said Miami-Dade County Parks Deputy Director George Navarrete.