On the air: An Oasis blooms in Opa-locka 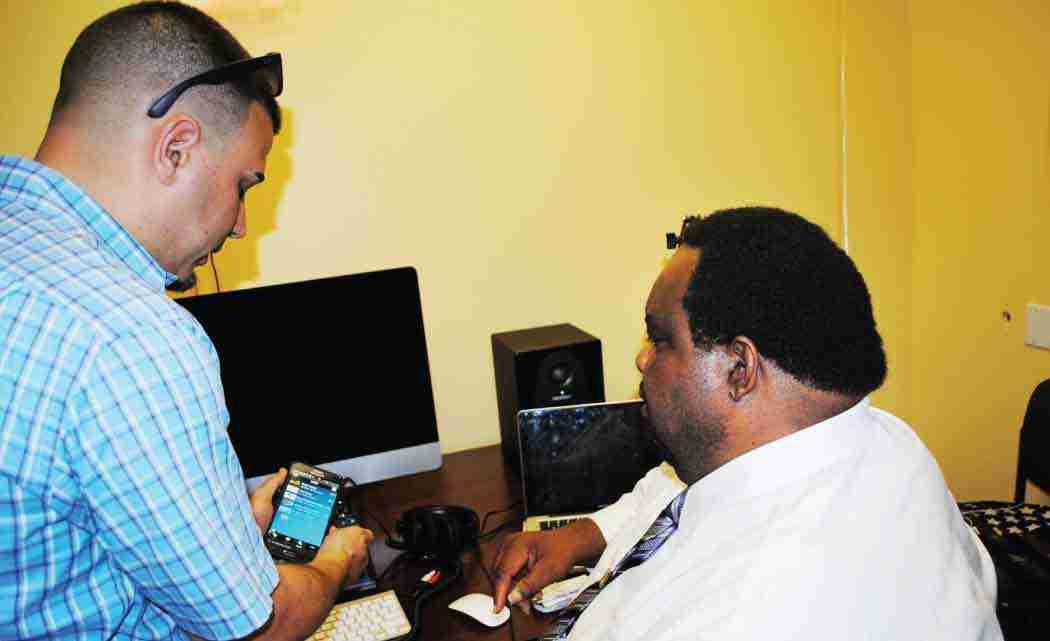 PHOTOS COURTESY OF CITY OF OPA-LOCKA 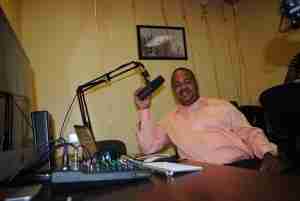 OPA-LOCKA — Leaders in the city of Arabian Nights have created an internet radio station they believe will be a source of information, and a place where residents can get feedback from their government.

On March 27, the city manager and commissioners opened Oasis Radio. Commissioner Terence K. Pinder, who envisioned the project, gave a rationale for its name.

“An oasis is a critical supply point to find water, food and shelter, hence, Oasis Radio will be a source for
residents to discover substance, provide feedback and participate in fueling life into the City of Opa-locka,” said Pinder, who marked the ceremonial ribbon cutting in the parking lot of City Hall, 3400 N.W 135th St.

The station will offer a mix of talk programs and music. Pinder, City Manager Kelvin L. Baker Sr., and resident Calvin Russell Jr. are slated as talk show hosts; music will be channeled through a diverse group of skilled volunteers and assistants, selected from the community. The station will operate 24 hours per day, seven days a week.

The project is “an avenue for us to create better communications between the youth and longstanding citizens of Opa-locka,” said Pinder.

Russell predicts Oasis will be the gateway to inspire, motivate, empower, serve and give voice to Opa-locka. Russell is expected to take the youth lead and set the stage for much of the discussions regarding various city departments and services.

He stated that in addition to talk on a wide gamut of topics, the format will also include a diversified range of music from inspirational, Hip-hop, old school, Latin, blues, classical/easy listening and a gamut of other options, to become an all-inclusive station used to bring about a unified mind-set among the youth and those of wisdom.

“I’m excited to be in, on the foundation, where technology at its best, is used to connect my community to limitless opportunities and possibilities,” Russell said.  “The show I co-host will not be about what I bring, but about what the people will bring!”

Live365, a California technology company, powers Oasis. The link is accessible by visiting the city’s website at www.opalockafl.gov/oasis; searching for “Oasis Radio” on the free Live365 mobile app on a smart phone; and/or by searching for Oasis online at live 365.com.

According to the city’s information technology director, Nelson Rodriguez, “The station can be operated in programmed mode or live radio mode, with future plans to add both phone and live video feed to the station.” Since Internet radio is not governed by the FCC, Rodriguez added, “there will be no delays on the station’s feed.”

“I believe Oasis will serve as a platform for others to sound-off on matters of concern,” said Assistant City Manager David Chiverton. The program is another source, in addition to the city’s government-access cable channel called Opa-TV, and the community newspaper, offering direct and exclusive access to information on city officials, news, projects and community events.