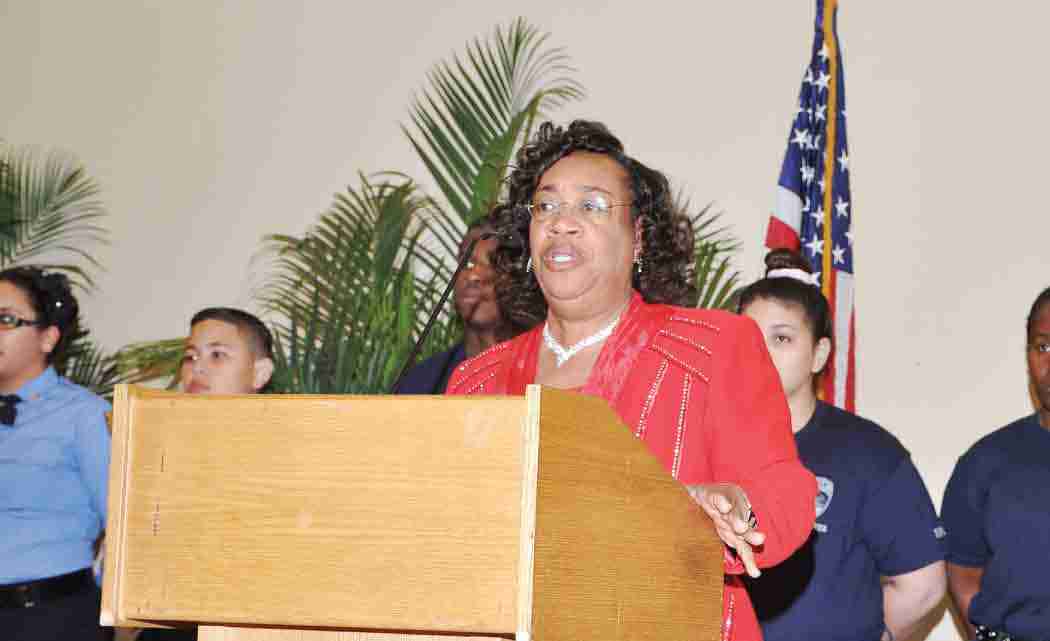 PHOTO COURTESY OF CITY OF OPA-LOCKA

OPA-LOCKA — In her fifth State of the City Address, Mayor Myra L. Taylor said she and city commissioners are on a path to move the city from “great to grand.”

Taylor gave her address Jan. 30 at Sherbondy Village auditorium before city leaders, residents and officials from other municipalities. She outlined accomplishments over the previous year, and foretold of plans that would generate growth in the city’s business corridors.

High on the city’s wish list are to seek more funding to complete infrastructure improvements in the residential areas. Taylor also wants to get an urgent care center in the city limits.

She pointed out that Jackson Soul Food, the popular Overtown eatery, will open a second location off 27th avenue in the city. Also, a second phase to restore the historic City Hall estimated at $2 million, will be finished by the end of the year.

“Soon, we’ll be going ‘big-game hunting’ to Tallahassee and Washington (D.C.) with our legislative agenda package in hand, requesting the revenue needed for water-related projects to clean brownsfield properties from contamination, green space, and to build a new cultural enrichment facility,” Taylor said.

In the address, Taylor said commissioners Timothy Holmes, Joseph Kelley, Terrence Pinder and Luis Santiago, along with the city manager Kelvin Baker, combined forces with her in a “united team effort” to manifest the vision she has for the city.

She pointed to successes in 2014, including:

• stimulating the local economy by hiring residents through job and
summer youth programs;.

• securing $40 million dollars from the Environmental Protection Appropriations (EPA) for our much needed water/sewer infrastructure projects;

• obtaining $8.5 million dollars for the construction of our new (pending) state-of-the-art City Hall;

• submitting applications to Miami-Dade County for a proposed
annexation;

• partnering with the Opa-Locka community development to create an Opa-locka consortium of early
learning childcare centers to promote early learning for our infants and children;

• completing phase one of the restoration of Historic City Hall;

• introducing public art from local and world-renowned artists, to be displayed throughout the city;

• and implementing a crime prevention initiative through the Opa-locka Police Department.

In her closing remarks, Taylor pointed to the advantages and opportunities the city has to offer, for rebuilding and invited investors to catch the vision. She said the future looks bright.