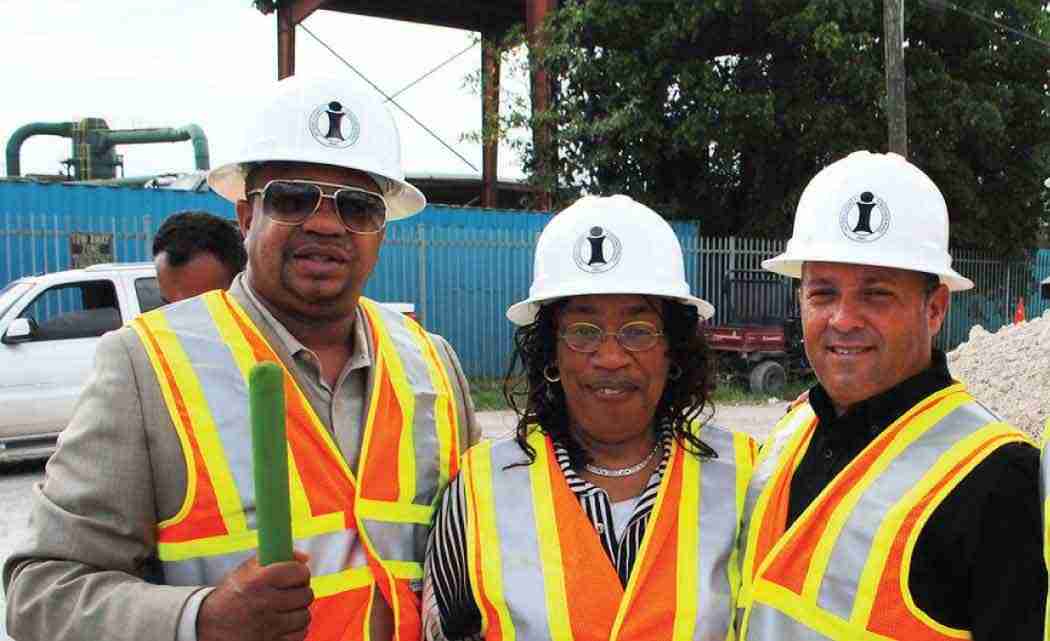 OPA-LOCKA — One of the busiest streets in Opa-locka is getting a makeover, which should cause joy for the hundreds of automotive and thrift shop seekers who travel down a rocky road known as Cairo Lane.

The city recently kicked off a construction project that could take up to 2.5 years. The work is part of a larger $5.1 million cleanup project that includes road widening and canal improvements.

Cairo Lane traverses through a popular commercial area that is filled with warehouses and industrial buildings. Vehicles travel through the industrialized area of Cairo Lane near Northwest 127th Street along a narrow, rocky corridor to scrap metal recycling companies, junk car yards, and used car parts stores. City officials say the pathway is one of the busiest access roads in the vicinity, but also one of the poorest conditioned roads. They say that despite maintenance efforts, the roadway continues to deteriorate because of lack of a drainage system.

Mayor Myra L. Taylor said she was optimistic about the renovations. “This is a beautiful day,” Taylor said. “We are on our way from great to grand!”

Last month, Taylor, city commissioners, business owners and others held a groundbreaking ceremony for the road improvement project. Plans include a new two-lane roadway with a storm-water drainage system that collects the street water runoff and discharges it to the canal through a treatment structure. The project improvement will also make available a sanitary sewage system that connects to a nearby pump station.

With the development, city officials say, in approximately two years, the drainage issue will be addressed so that the sewer will discharge into the county system. Other renovations include water main overhaul, contamination removal and an overall environmental cleanup. The estimated cost is $5,110,452.

With shovels in hand at the groundbreaking, other city leader shared their thoughts. Some noted the historical ramifications resulting from the long-anticipated upgrade.  Commissioner Luis B. Santiago said he is, overjoyed that the business owners will finally see progress in “the Lane,”  while Commissioner Terence Pinder took pride in being the “sixth-man off the bench”  as the newest member of the commission to join the Cairo Lane team.

Maurice Hynes of Intercounty Engineering noted the project is on a 765-day schedule. However, he said, “we are hoping to shave it down to almost a year. The difference will be like night and day for Cairo Lane, once there is a concrete road able to accommodate the traffic.”

Next post Sometimes “never” isn’t very long at all