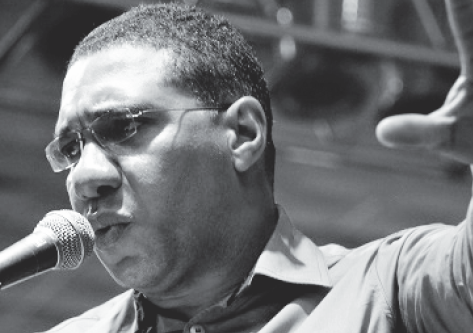 Preliminary results from the Electoral Commission showed the Jamaica Labor Party capturing 33 spots in the 63-seat Parliament, enough to form a government. With discontent high among Jamaicans over high crime and a poor economy, turnout was around 47 percent.

The leader of the Jamaica Labor Party, Andrew Holness, was greeted by cheering supporters as he arrived at party headquarters in the capital following the announcement of the results in a hard-fought fight with the People’s National Party of Prime Minister Portia Simpson Miller.

Holness, ready to form a government as the new prime minister, pledged to create jobs and grow the economy while improving education and health care.

“We don’t take it that we have won a prize,” he told the crowd. “The cost of victory is to keep the commitments we have made.”

Simpson Miller became the country’s first female leader in 2006. That first term ended in 2007, but she returned as prime minister in 2011 amid a shrinking     economy and one of the highest levels of debt relative to GDP in the world. Her government negotiated a $930 million aid package with the IMF.

The Jamaican dollar has declined, the cost of living has gone up and wages have been stagnant. The IMF, however, has praised the government for cutting debt and making other reforms to its economy and the country’s stock market was rated among the best performing in the world last year.

“It makes no sense we stop the progress now,” said voter Herbert Hall. “We’ve made a lot of progress with the economy and development. It would be chaos if we change now.”

But Holness’ campaign pledge to make the economy more dynamic with cuts to the income tax and other measures resonates with many in a country with widespread poverty and a youth unemployment rate above 30 percent.

“I’m voting for change,” Velma Johnson said as she waited to cast her ballot. “Wages are frozen and there’s a lot of arrogance about this government.”

Many Jamaicans are also fed up with one of the highest homicide rates in the world, mostly blamed on gangs. The country had at least 1,192 slayings in 2015, a roughly 20 percent increase from the previous year. By comparison, Chicago, which has roughly the same population as Jamaica at 2.7 million, had 468 killings in the same period.