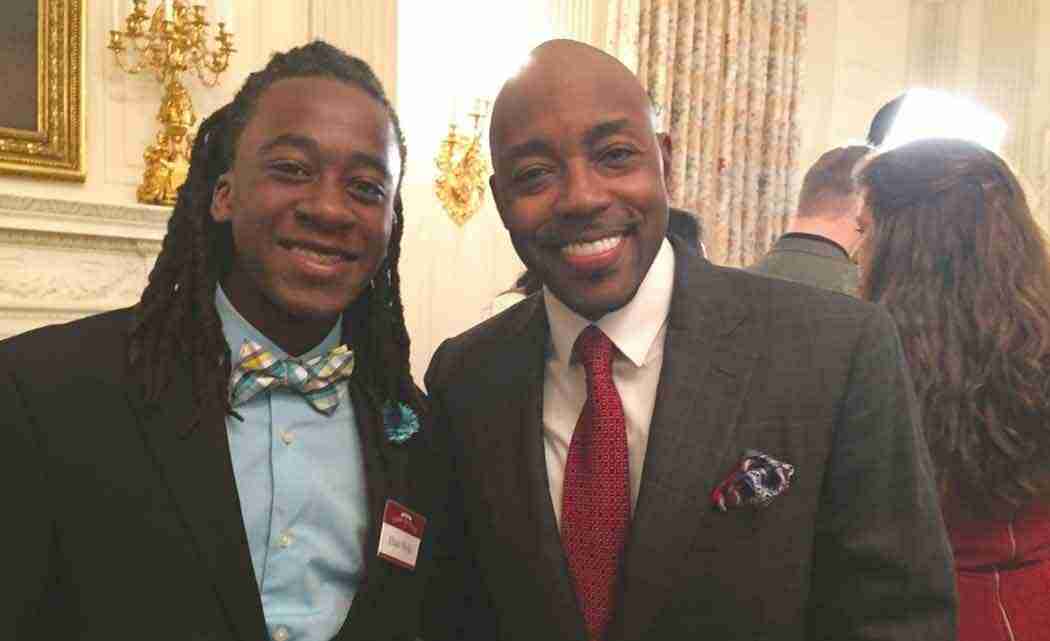 MIAMI — A rising young filmmaker in South Florida who is making strides in the industry has a new achievement under his belt — a screening in the nation’s capitol.

Emerging filmmaker Elijah Wells of Overtown was chosen from a group of 1,500 high school students to screen his video Giving Back Through My Lens at the second annual White House Film Festival this past weekend in Washington, D.C. The festival highlights the impact of service and giving back to the community.

Supporters say that Elijah’s devotion to film truly shows the world that great things do come out of the Overtown community despite media reports. He has written and directed The Gift and Welcome to Miami, both of which have gone viral.

One of the highlights of the trip was meeting President Barack Obama.

“Before the event started all of the filmmakers went into the West Wing of the White House and staff informed us the President Obama was coming in to see us and say a few words,” said Elijah, 17, a senior at Miami Arts Charter School. “We waited maybe 20 minutes because you know, he’s running the world. “But out of nowhere he walked into the room with the coolest walk ever and he filled the room up with laughs and applause and at that moment it hit me —

I’m in Washington, D.C., to share my video at the White House Student Film Festival, and I’m meeting the president of the United States.

“I want the youth in my community to know if I can do it anybody can do it.”

Always having a love for film, Elijah had the opportunity to participate in the 2011 Cine Lab Young Filmmakers program in Overtown. Although Elijah was too young for the program at the time, Reggie Scott, founder of the program, saw something special and permitted him into the program.

“I am so proud of Elijah Wells. From the day we interviewed him for the program, I realized that he was special and that great things were going to be a part of his journey,” said Reggie Scott, president of the Pepper Shaker Company Inc. and founder of the Cine Lab Young Filmmaker’s program.

Elijah has had the opportunity to work in other aspects of the industry. He worked with the cinematography team on Director Robert Townsend’s film Playin For Love, and also screened his film Welcome to Miami at the American Black Film Festival community day.

“Elijah is an extraordinary young man with exceptional talent and I am proud to see that his work has been chosen to be viewed at the annual White House Film Festival. His commitment to his craft will continue to make him undeniable on his journey in cinematography,” said Miami Commissioner Keon Hardemon, who represents District 5, the area that includes Overtown.

Elijah forged full steam ahead after that workshop, creating vibrant stories through cinematography. He credits his “mom-manager” Martha for helping navigate his career in the film industry. More recently, he has been a recipient of the 2013 Legacy Black History Award from the Miami World Cinema center.

Elijah said he is committed to highlighting the positive characteristics of Overtown and inspiring those in the community to pursue their artistic dreams.

The White House Film Festival featured official selections chosen from more than 1,500 student videos showcasing “The Impact of Giving Back.” Elijah’s Giving Back Through My Lens not only showcases the impact of giving back but also the influential power of filmmaking.