Pahokee: A city of compassion 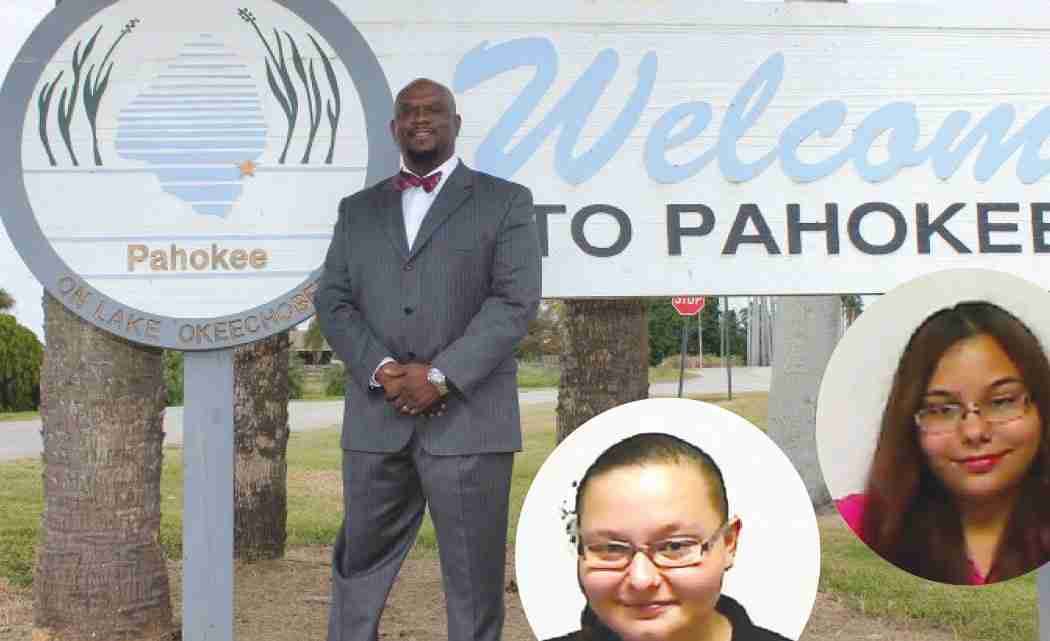 PAHOKEE — A small, closely-knit community, in mourning after a tragic housefire took the lives of two teens with promising aspirations right before graduation from middle school, is trying to create something positive out of a devastating situation.

Pahokee Middle School principal, Michael Aronson, said that there are plans to present the first Catherine and Cassandra Colon Memorial Scholarship to a student from the senior class of 2019 from Pahokee High School, the year the girls were supposed to graduate.

Catherine and Cassandra are the 14-year-old twin sisters who firefighters pulled from their home that was ablaze at the Chance Trailer Park, 2815 East Main Street, in Pahokee  earlier this month.The fire was allegedly caused by a defective extension cord.

The teens were taken to a local hospital but later died from smoke inhalation. Their mother, Susan Robertson, was also hospitalized because of the fire but she survived.

Aronson said most of the students at the middle school in the small town of Pahokee have basically grown up together and are devastated by the loss. “We have only 108 students in the eighth grade class and the majority of these kids have been together since they were kindergartners,” he said. “So they know each other pretty well and it’s been tough on all of them.”

Pahokee’s mayor, Colin Walkes, said when he received the news, he went directly to the hospital and spoke with Robertson. “It was a very, very sad occasion that occurred,” he said. “I responded to the hospital with the mom. We prayed together. We talked a little bit, together. Just letting her know that the city is here for her.”

The local churches and the funeral home offered services for free and the community is supporting the family in many ways to help them through this difficult time, according to Walkes. “Everyone knew that (Robertson) worked at the local Dollar General store,” he said. “Everyone has been there for her as a friend, as a colleague, as a community member and things of that nature.”

Aronson said he is hoping the community will come together to help fund the Catherine and Cassandra Colon Memorial Scholarship, which is what it is being called at this time. “We are reaching out to the community and anybody who’s willing to help fund it,” he said. “I have had a donor who’s come forward who is willing to match the donations but we’re still working on getting donations at this point.”

Aronson said he came up with the idea for a scholarship in the girls’s names because Cassandra and Catherine were both brilliant students who had aspirations of going to college. “And one thing that I’ve always tried to do is find a positive (outcome) in every tragedy,” he said. “And knowing that they both wanted to go to college, I thought that this

would be a great way to honor them.”

Pahokee officials sent representatives from Palm Beach County Fire Rescue out to the trailer park where the fire occurred to check smoke detectors and provide new ones if necessary. “We had our local fire department to come out and do a complete inspection in that location of all the trailer homes in the area,” Walkes said. “They checked the smoke detectors to make sure that they were working properly and just reminded (the residents) to check them on a six-month, annual basis.”

Reportedly, there was a smoke detector in Catherine and Cassandra’s home but it did not have batteries.

Because Pahokee Middle is a small school, Aronson said he had the opportunity to get to know the twins somewhat before their untimely deaths. “They were both very bright young ladies that were already taking high school credits here at the school.” “Cassandra was the more outgoing of the two but they were both competitive with each other.”

Aronson added that he thinks Catherine and Cassandra will be fondly remembered by everyone they encountered at the school. “They were of the kind of girls that made sure every morning to greet all of the staff,” he said. “Everybody from myself to the custodians that were all in the cafeteria for breakfast, they always came out with a smile and a ‘good morning.’”

While the town has been shaken by the passing of these kind-hearted teens with a promising future cut short, Walkes said he hopes this tragedy sends a bigger message to the community. “We should love our children,” he said. “Love them today because we don’t know what the future holds.”