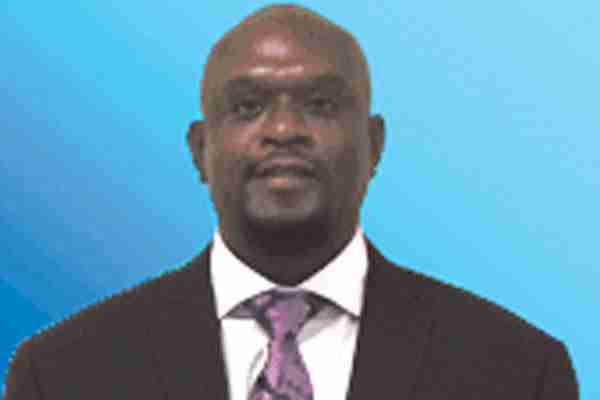 PAHOKEE — Mayor Colin Walkes, in office for a year, has ambitious plans for this tiny rural town in western Palm Beach County that is among the poorest in the nation.

The predominantly black community has been dealing with an economic downturn for the past two decades since the agriculture industry came to a near grinding halt due to advances in modern technology.  One upshot has been increasing crime. Walkes attributes it to an unemployment rate that is 48 percent.

But the mayor remains optimistic about the future of this once thriving farming community which some locals refer to as “The Muck” for its mineral rich dark soil in which sugarcane, citrus fruits and corn were grown by agribusinesses.

Walkes, who heads Pahokee’s first all-black city commission, says race does not matter much as he pushes an agenda for the future.

“Having an all-black city commission does not change the needs of a community,” Walkes said. “All of our citizens have the same concerns for better facilities, infrastructure, economy, housing and employment opportunities.

“Right now I believe our immediate concerns are safe, clean water and the restoration of our city which fell into a state of deterioration over the last 20 years.”

His agenda, Walkes says, is aimed at guiding the city in what he calls the right direction. “I would like to oversee the restoration of Pahokee in every way, physically, financially and spiritually,” he said. “I want to see safe clean water, safe resurfaced roads, clean streets and canals. I believe this would attract new businesses, employment, home buyers, developers and the return of manufacturers and the development of green industries.”

Commissioner Allie Biggs shares the mayor’s views, adding that mechanical harvesting was the downfall of the agriculture industry upon which locals heavily depended.

“During the 1960s, offshore labor was brought in to harvest sugarcane.  Our economy was booming. The labor force spent heavily to send goods back home.  Businesses flourished and jobs were at an all-time high,” Biggs said.

Contract workers were brought in from the Caribbean islands to harvest crops.  Biggs said that the need for those workers diminished greatly with advancements in harvesting equipment.

For Walkes, though, the immediate concern is safe drinking water. Recently, residents began complaining of cloudy or murky water flowing from their taps, apparently from bacterial contamination. Walkes has complained that Palm Beach County Water Utilities, which supplies the water, was late in notifying city officials that there was a problem.

“They were aware of the issue in April but we did not receive notice until June 19,” he said.

Restoration of the pipelines which serve Pahokee, Belle Glade and South Bay may cost as much as $100 million, he said.  The city is looking into state and federal funding for the upgrades.

Walkes is also focusing on an ongoing project for beautifying the community. People will not invest in a city that looks blighted, he said.

“In order to attract investment from businesses, Pahokee must be attractive to the investor or buyer,” he said. “In 2013, I founded an independent citizen’s initiative called the Pahokee Makeover. This is not a city/government initiative but something organized by myself and volunteer citizens.”

In conjunction with residents and the Solid Waste Authority, the program is cleaning, planting, painting and renovating streets, public areas and buildings.

Biggs agrees that revitalization efforts need to start with the entrance to Pahokee and also providing adequate housing,  “In order to recruit professionals back to Pahokee, we must first work on providing adequate places to live,” she said.  “[The town] is lacking in appearance and attraction. It will take the entire community to get on board and become involved in making our city look better.”

Hill said that to effect change, the city commission needs to “think outside of the box,” get rid of what she regards as individual and personal agendas, and do what is expected of them as elected officials. “We’ve got to rid this community of blight and substandard housing. The residents deserve to have a quality of life they can be proud of,” Hill said.  “We’ve got to regain the trust of all the residents within this city. If we desire to see Pahokee as fruitful, progressive and an economically well municipality, we have to continue to do outreach as well as ‘inreach.’”

Hill has herself been battling a personal problem. She and her sister Fashara Hill were charged in 2012 with defrauding the Palm Beach County School District by allegedly falsifying tutoring records through Glades Extreme Tutoring Inc., a company for which she was listed as president. They have denied the charges and are scheduled to go to trial Sept. 15.  Fashara Hill was listed as vice president of the company at the time of their arrests two years ago.

“I pray that the outcome will be favorable for her,” Walkes said.