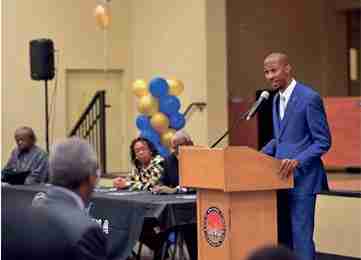 Matthew Pigatt has come a long way from being a troubled middle school student whose mouth constantly got him into trouble. On Monday, a standing-room only crowd of Opa-locka residents as well as family members, friends, mentors, business leaders, colleagues and fellow milennials from across South Florida converged on Sherbondy Village to see him sworn in as the newest member of the City of Opa-locka’s commission.

After a tough campaign, Pigatt was named victor of the November 8 election. After having a slew of leaders accused of corruption, Opa-locka voters selected Pigatt to represent them.

At the swearing-in ceremony, Pigatt was flanked by his mentors and peers from 100 Black Men of South Florida. Member Al Dotson challenged Pigatt to be accountable to the people.

During his speech, Pigatt recounted how the Seminoles and Moors made history in what was originally ‘Opa-tisha-wocka- locka.’ He told the crowd he didn’t take their faith in him lightly.

“I’m honored to be before you today to join us as we take this community in our hands. Our namesake as a city is pride,” Pigatt said. After recounting some of the city’s challenges, he promised neglect would be a thing of the past.

“We ain’t having that no more. In our darkest hour, we have elected new leadership. Leadership with vision. We all know what the Bible says about vision. We are not perishing,” Pigatt said.

He went on to intern with the Congressional Black Caucus, work as a community organizer and manage a scholarship pro- gram valued at over $3.2 million at Florida Memorial University.

Now he adds youngest member of Opa- locka’s commission to that list; and he’s on a mission to get his constituents to own their power.

“We need to see the value in ourselves and our community. That’s our power. We literally have the power to regulate the laws of our land and construct the community in our own making. That’s what we do. As commissioners and as voters, we determine the destiny of our community,” Pigatt said.

He challenged his residents to take responsibility for the state of Opa-locka by realizing it will take all of them to effect change.

But Pigatt wasn’t always on the road to greatness. By most reports, including his own, he was something else growing up. In fact, he told Monday’s crowd his mother, Valerie Pigatt, was often talked about because she graduated from high school with him in her belly and his brother at her side. He praised her for her perseverance.

“I’m here today because of that woman. My mother could have done so many things with her life, but she was determined to make a better life for her boys,” Pigatt said. “She made sure that we stayed on our books and did what we had to do and now she got two Morehouse Men.”

Glendon Hall is one of Pigatt’s mentors from 100 Black Men of South Florida. He said his mentee was bred to be a leader.

“It’s still amazing to me that any man could not claim a son like this. That’s why I stepped into his life. A lot of people have come to me and said wow Matthew is doing all this stuff. He’s doing all these great things. And some of them are surprised, but I’m not. I’m totally not because I made sure I infused in him that he was going to be a leader,” Hall said.

Though newly elected, service leadership is no foreign concept to Pigatt. He is co- chair of the 100 Black Men of South Florida

Genuine and committed are some of the words those in attendance used to describe him. His peers beamed with pride. Ernisha Randolph, an entrepreneur and friend of Pigatt’s, said the ceremony was emotional and she and others cried tears of joy.

“Attending this swearing in ceremony for Matthew Pigatt was emotional. It literally feels like a win for all young professionals,” Randolph said. “It kind of makes you feel like when Obama first got elected as president back in 2008. It really feels like his messages of hope and promise. I hope that it sparks a movement and encourages other young professionals to run as well.” 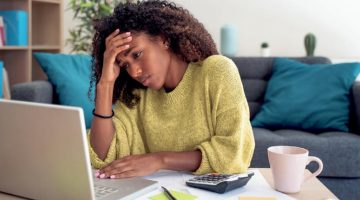 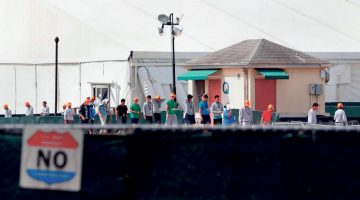