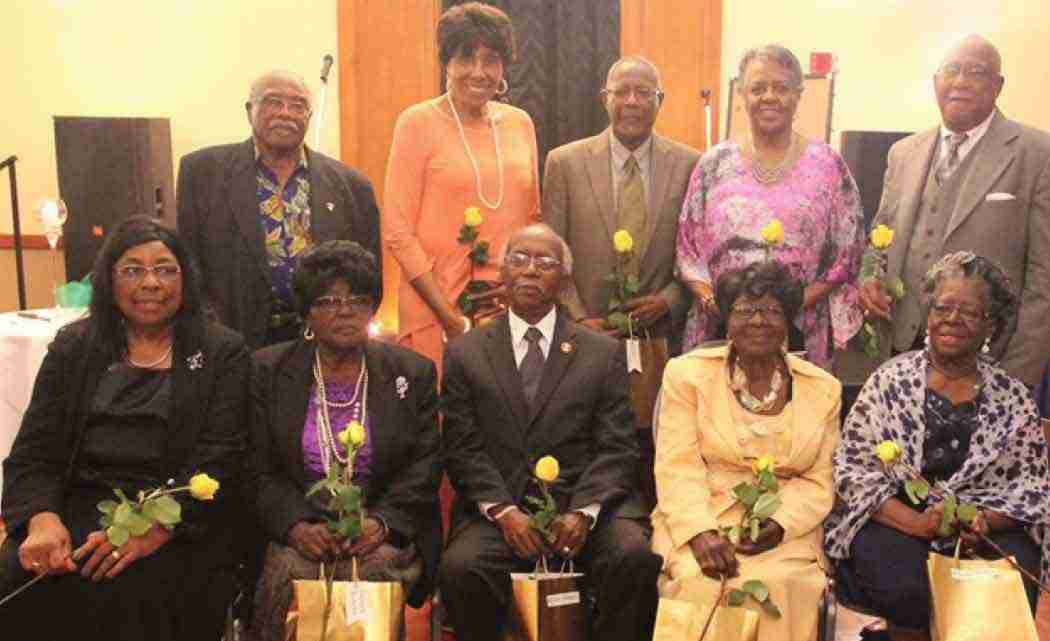 W. PALM BEACH, Fla. — In an effort to pay homage to those who set the course for their lives, the John F. Kennedy High School historic Class of 1970, honored Palm Beach County educators recently during an emotional ceremony during their 45th Class Reunion at the Doubletree Hotel in Palm Beach Gardens on August 1.  Many of those honored had made history in Palm Beach County –some being the first blacks selected to become teachers or principals at previously all white schools, some having school buildings named after them. Others were the first or last to teach the class members at the historic John F. Kennedy High School in 1970, which was the last segregated class of the school. After 1970, the students were moved across town to Suncoast High School in order to integrate the schools. John F. Kennedy then became a junior high school.

The outstanding educators were appreciative that their former students honored their dedication to children during a time when they say teachers, parents and the community ran into challenges due to racism, but nonetheless had a special bond during those difficult days. In interviews prior to the gala, some of the educators recalled their years teaching during segregation, their fondness for their students, and the special challenges they faced before and after integration started.

Geneva Brooks taught at John F. Kennedy the first day it opened until the last day that it closed as a high school in 1970.  “I was a charter teacher at the school,” she recalled. “There wasn’t but two departments there – social studies and physical education,” recalled the social studies teacher. “I was there until the last day. To me, it was a joy to teach during segregation,” she said. “I was working with our students because I wanted to impart in them what they would need to go out into the world.  I loved it.” She later became an administrator, but retired as a classroom teacher in 1998. She felt ecstatic about being honored. “I worked as a domestic for ten years, then put myself through college at Bethune Cookman,” she said. “I drove to Boca Raton at night to get my Master’s Degree from Florida Atlantic University.” Brooks said she feels great about her entire career as an educator and is appreciative of the honor.

Jamesena Marshall, now a retired principal, who worked as an educator for 42 years, says she recalls the early years of her career when she taught 5th grade at Lincoln Elementary School in Riviera Beach. Marshall says the school board sent one white teacher to teach at Lincoln, and the staff at the all black school welcomed her with open arms. “That’s just how we (blacks) are. We’re caring people and accepting of others,” recalled Marshall, who was sent to an all white school  to integrate the schools.  She says she faced racism, as the white parents questioned any decisions she made when she became principal. But they didn’t just question her decision-making, they also regularly called the school board office because they weren’t comfortable with her and her decisions as a black principal.

Marshall also recalls that she and other black teachers met at her house on Saturdays to pool their monies to buy supplies that weren’t available at the black schools. But Marshall says when she moved over to the white schools, she was surprised to find scores of supplies in the closets. But Marshall got through those challenging times and today there’s a school building named after her. It’s a testament to all she did for the sake of students. The J.P. Marshall Learning Center opened at Belvedere Elementary School in 1998. She was principal there for 20 years. “That was really an honor for them to name the primary wing after me,” she said.  She retired as a leading Palm Beach County administrator in 1996.

Catherine Brooks was a math teacher at Lincoln Jr. High School, and she recalls being on a very special list from the school board. Brooks said when segregation was ending, each principal at the all black schools, were asked to submit a list of their top 10 teachers to go to the integrated schools. “I was on that list,” said Brooks. “I was there when integration started,” she said. It was an honor having her former students recognize her historic achievements.

Mary Smith Jemmott Brown was the first librarian at Lincoln Elementary School. She was there from 1959 – 1962 and she married the school’s principal, Mr. Richard L. Jemmott. “It was a pleasure to work during segregation. You felt more a part of each other because we all lived in the same area and neighborhood. We knew the parents and we all bonded. After segregation, everybody went their separate ways,” she said.  But an honor like this made every sacrifice well worth it. “I was very elated to be honored by the former students. It was an excellent idea for them to have thought of us, and it was nice that we had some kind of impact on their lives. It was good that they remembered us after all these years. It was very rewarding. I felt highly honored,” she said.

But it wasn’t just a special night for the honorees. The class members were also elated to see their teachers decades later and to honor them. They hugged and greeted them as the teachers lined the stage after their recognition. “You encouraged, you nurtured, you cared,” said former student, Gloria McCray. “We are grateful to our teachers for being a part of our village.”