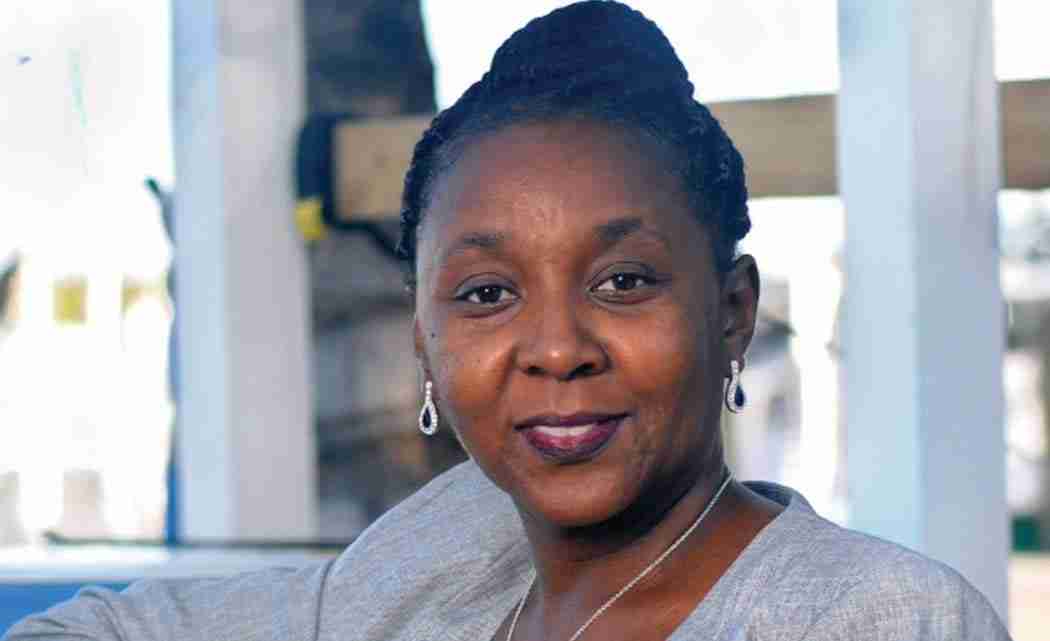 RIVERIA BEACH — It’s still the talk of the town. All the buzz is how political newcomer, KaShamba Miller managed to edge out long-time Riviera Beach Council Chairwoman, Judy Davis, last month in the municipal elections. Miller, 42, a Riviera Beach native, said she did it with plain old hard work and by conducting a grassroots campaign that resonated with the people. Plus, she said, the community obviously wanted a change. “It was a lot of knocking on doors, listening to the people, and the fact that I came from a sincere place of understanding the people. That really charged them to get out and vote,” she said excitedly but with a sense of relief.

But few people saw this victory coming. Davis had been in office for 10 years and was somewhat a fixture in Riviera Beach. She survived lawsuits against the city over its marina development, and when the development took place, Davis was right there to celebrate. But all that changed when Miller came on the scene. Miller has come in and ousted the long-standing Davis.

Miller’s campaign signs began appearing throughout the city way back in mid- 2014, signaling that she was obviously quite serious about taking over the District 2 seat. It was clear; she was putting it all on the table with tons of yard signs, brochures, flyers and letters going out to residents of the predominantly black city. Make no mistake; KaShamba Miller had made herself into a formidable opponent.

“But I got only one major endorsement. That’s it,” said the elementary school assistant principal. “But I got the one endorsement that meant the most –the endorsement of the people of this great city,” she said in an interview, while basking in the glow of her surprising victory. The Palm Beach Post endorsed her opponent. Miller’s one and only endorsement came from the Police Benevolent Association.

Miller has never held political office, but she’s been around politics a long time, serving on various boards and working with the Democratic Party for 10 years. She also worked on the Charlie Crist for Governor Campaign.

She was quite poised on the dais at her first council meeting, held March 18. Based on her demeanor and tone, one would not have guessed that mere moments earlier she had been sworn in for her first ever political office. There were no signs of nervousness and the educator is highly well-spoken.

“It was a fantastic day,” she said of her first day in office. “It was great, but I’m blessed that they didn’t have a full meeting.”

She is excited to implement changes that she believes will make the city better and more accountable. “I’m looking forward to just being able to provide accountability. We need to enforce policies and follow procedures. It’s important that we manage our dollars wisely and do what’s best for the people of Riviera Beach.” Miller says she will provide a fresh voice on the dais. “They don’t see what an outsider may see. I’m not saying I’m coming in to save the world, but I want to do the right thing for the people – because it’s the right thing to do,” she said, reiterating that she will also work hard to improve the city’s image. For years, the city has battled with an image of high crime. “I intend to work to improve our image. There are a lot of great people and things in Riviera Beach. I’d like to put us on the map as being known for great things. I also plan to continue with our exciting economic development. I want to make sure that everyone is proud to call Riviera Beach their home.”

Miller said she contemplated running for office for two years, but it was finally the right time.  “I wanted to run after being around in the neighborhood. The people wanted a change. I’d been working in the background, and I sensed that I needed to get out front.”

Miller said she’s always been called to leadership positions. “I tend to always fall into a leadership role, whether it’s in church, school or wherever. I naturally tend to go that way. It’s just my nature. I’m not on a career path in politics, but I am very concerned about the people.”

Miller said she brings a diverse background to the seat. She grew up in the Monroe Heights section of the city. She attended John F. Kennedy Jr. High School and graduated from Suncoast High School in the city as well. She then attended Palm Beach Community College (now Palm Beach State College) where she received her A.A. degree. She went on to Palm Beach Atlantic College (now University), where she received her Bachelor’s Degree in Elementary Education. And she received a Master’s Degree in Educational Leadership from Nova Southeastern University. She is also a graduate of Turner School of Construction Management. She is the Vice President / Owner of J.D. Anderson Construction, Inc. She is an administrator in the Palm Beach County School System and a Certified Teacher in the State of Florida. Miller said her many levels of education and experience combined, will be beneficial in her new role.

She is the mother of two sons; JaShawn and Demetrius. She is the daughter of Jacquelyn Greene Woodard and Robert D. Miller Jr.