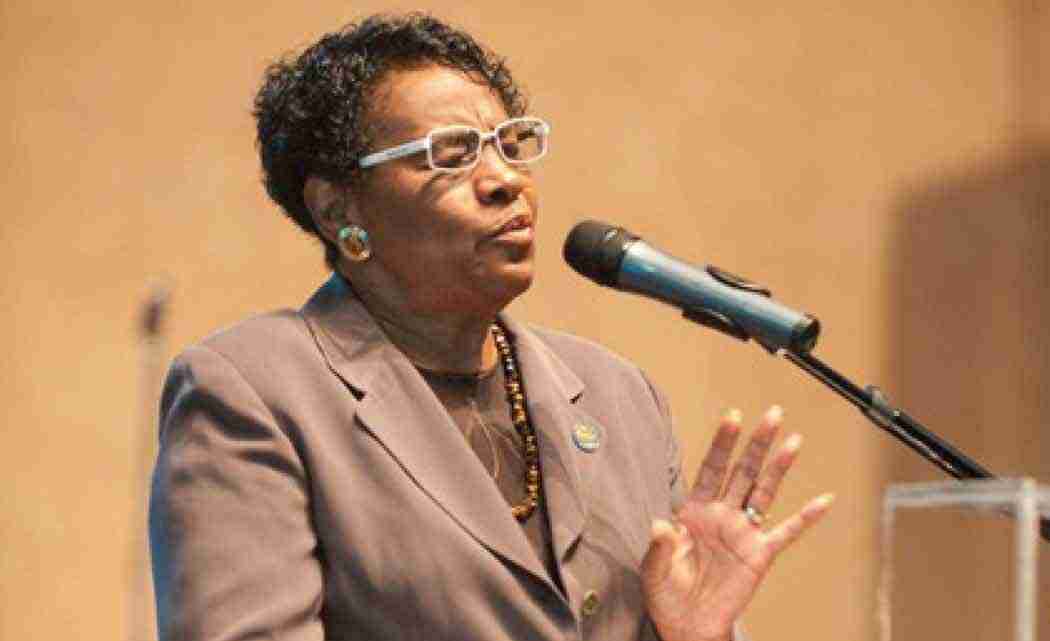 MIAMI — Although blacks are 27 percent of South Dade County, they accounted for an astounding 67 percent of those arrested in 2014. This is according to a blistering report by CBS 4 reporter Jim Defede, who, with a class of University of Miami journalism students, investigated the policing patterns in the southern portion of Miami-Dade County.

In response to the report that validates what many blacks suspect, impassioned District 1 Commissioner Barbara Jordan who represents North Dade attended Florida House of Representative Kionne L. McGhee’s forum on June 10, to learn of the disproportionate arrests of blacks made by the Miami-Dade Police Department.

Jordan said the pattern is especially true for black males between the ages of 18-25 who are often targeted and arrested by police units with fanciful agency monikers such as the Crime Suppression Team (CST), commonly referred to as “Jump Out.”

Wrong Way, 22, a resident of Miami Gardens said he is only willing to offer his nickname for fear of being harassed by officers of the Miami Gardens Police Department. He said he’s been jumped-out on numerous occasions. “Bein’ jumped-out on is my life. The first time it happened to me I thought it would be my last time seein’ the streets. I know that I ain’t always in the right but, I ain’t been in the wrong as many times as I been jumped-out on. It ain’t a feelin’ that you want. You know when you see them boys comin’ they lookin’ for whatever. It makes you feel like you gotta always watch your envinronment. The s**t is traumatizin.’”

The town hall meeting was an effort to foster amicable relations between South Dade residents and its police departments. Also in attendance at the event held at the Cutler Bay City Hall, were representatives of the State Attorney’s Office, state legislators, Miami-Dade Police Director J.D. Patterson, Public Defender Carlos Martinez,  community leaders and commissioners from throughout the County—most notably  Sally Heyman who proposed the issuance of civil citations.

Spanning five months, Defede’s clandestine three-part docuseries, “Race Matters: Profiling by the Numbers,” monitored the activities of Miami-Dade Police Department’s CST and their interactions with residents from more maligned subsections of South Dade. Defede and the UM students reviewed every arrest made in the South District Station in 2014.

Jordan, who said the report reveals an “overzealous approach to arresting black men,” wants to “inform the people” about the disparity that exists in the arrests of black males for lesser civil violations — petty offenses– in all regions within the County. She said the high arrest rates “all-too-often have crippling impacts on the productivity of their lives.” Adding, “With them getting arrested and having their fingerprints taken they will have a problem with future employment opportunities.”

A point District 4 Commissioner Sally Heyman agrees with. “The idea of civil citations isn’t new in Miami-Dade County,” she said. “I proposed the bill in hopes that it would save the county millions of dollars that it costs to book and arrest juveniles, the poor, the homeless, minorities and the disenfranchised for simple offenses such as loitering or panhandling. The idea of civil citations is to provide police with another level of discretion in preventing someone from being arrested; it gives officers the option of having someone pay a fine or do community service hours. By doing this it could quite possibly prevent denial into universities, the military …the workforce because no arrest is on the books. It is a benefit to all stakeholders involved.”

Defede’s report also revealed that out of the 245 arrests, 76 percent of them were misdemeanors while 65 percent were for marijuana possession, and of those, only two were convicted.

Though the arrests of black males are higher than other ethnic groups she wants it understood that an arrest is equal in value to the consequences that follow for anyone.

“Let me be clear that the civil citation program benefits all people in the County. Yes, blacks are arrested more than other ethnic groups but, I don’t want to just focus on black males because I think that there is an opportunity to also understand that there are young Hispanic men out there who are getting arrested and having their fingerprints taken for the first time that could be avoided.”

Heyman said of innocuous arrests, “Individuals locked up for loud music or caught with a baggy of pot don’t belong behind bars with rapists and murderers. These are offenses that are better suited for the civil citation incentive. It is about saving lives, futures and the County millions of dollars.”