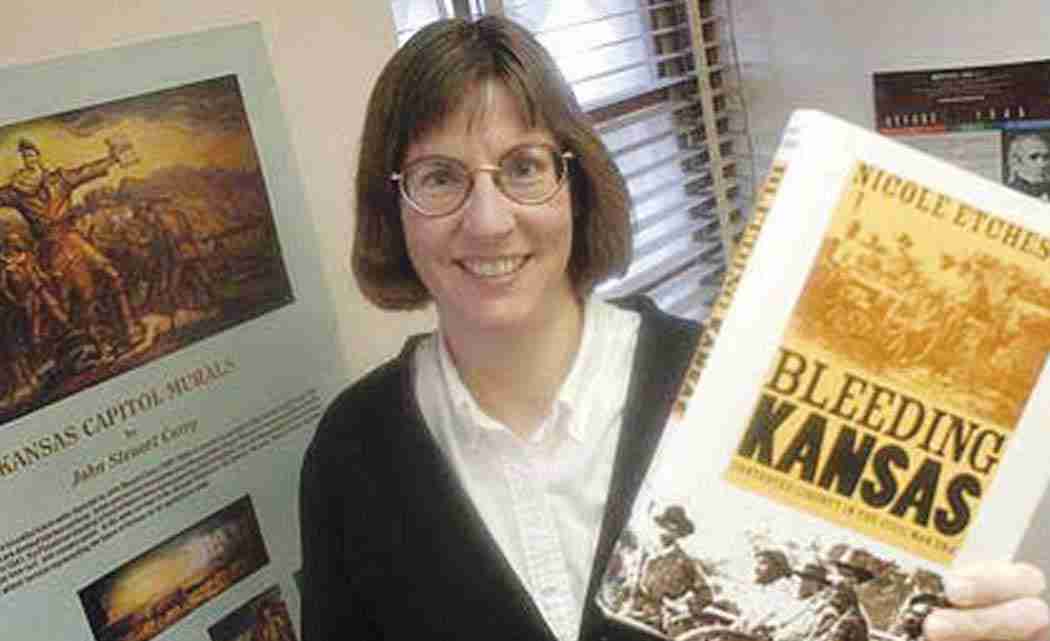 By SETH SLABAUGH
The Star Press

He never served in combat because it’s quite possible he was intentionally poisoned.

“This is not going to be the stuff of Glory’ the movie,” Ball State University history professor Nicole Etcheson said during a recent lecture commemorating a new exhibit of Civil War artifacts at Bracken Library.

The Academy Award-winning Glory was based on the 54th Massachusetts Volunteer Infantry, the first unit of United States Colored Troops in the Civil War. It organized in 1863 after the Emancipation Proclamation.

“Indiana’s black regiment is not formed until 1864 because Gov. Oliver P. Morton anticipated a lot of dissent in Indiana against having black soldiers, so he delayed this,” Etcheson told The Star Press.

Blacks from Indiana already were fighting by then in other regiments like the 54th.

The young Townsend, from Putnam County, bought a pie from a peddler selling them in Camp Fremont in Indianapolis where the 28th USCT was mustered in.

“I don’t know for sure, but the abolitionist press reports lots of stories in the Civil War about people deliberately selling poisoned foods to black troops,” Etcheson said. “He gets really ill and has to go back to Putnamville, where he dies in the spring of 1865. I don’t know what the illness was, but pension records link it to the pie.”

While researching her 2011 book, A Generation at War: The Civil War Era in a Northern Community, Etcheson discovered that the only black person in Putnam County with a tombstone from the 1800s was Townsend.

Even though he didn’t see combat, a bipartisan committee of two white officials including Lucius Chapin, himself a Civil War veteran and later mayor of Greencastle, made sure that every Civil War soldier in Putnam County got his tombstone.

Other blacks who lived and died in that county in the 19th century don’t have tombstones, but Townsend does. “I think this is significant,” said Etcheson, the Alexander M. Bracken Professor of History at Ball State University.

Townsend was the oldest son of Luke and Charity Townsend. Charity and Luke, who had belonged to a Maryland family that brought their slaves with them when they migrated to Indiana before the 1850s, helped form Putnam County’s first black church.

It took until the 1880s, but after Luke died, Charity finally received a pension as the mother of a Civil War veteran. “They filed papers to show that Robert was a source of support to her, and she finally in 1885 gets back payment of almost $2,000,” Etcheson said. “That was a huge sum for a woman who was very, very poor. She was an old lady working as a washer woman.”

The year after the Civil War marked a big change in Putnam County.

A white man was arrested in Greencastle for harassing black youths playing in a field. The only witnesses were other blacks, including Townsend’s brother. The defense attorney claimed there were no witnesses because in Indiana blacks were prohibited not only from migrating into the state but also from voting, jury duty, marrying whites, testifying against whites in court and other rights.

“But the judge says the Civil Rights Act of 1886 overturns Indiana’s black law and ruled that blacks are unquestionably reasonably competent witnesses,” Etcheson said. “A white man for the first time in Putnam County gets sentenced on the basis of black testimony. This is a big difference.”

In 1851, Indiana famously had adopted a Constitution that made it illegal for blacks to migrate into the state. One of the backers of the “black law” was Putnam County delegate A.C. Stevenson.

“He thought blacks should go back to Liberia (in Western Africa),” Etcheson said. “He said this in his convention address, that blacks in Indiana have the mistaken notion that this is their home.”

But by 1879, Stevenson was one of the Republicans in Putnam County courting African-Americans to come to Indiana as laborers, a total reversal of his earlier position.

By the 1880 Census, about 500 blacks had turned up in Putnam County from North Carolina – where the Ku Klux Klan was emerging – as part of the “Exoduster Movement” or “Exodus of 1879.”

“This is the big change that occurs, stripping away Indiana’s status as a black law state,” Etcheson concluded. “The Civil War doesn’t entirely eradicate white supremacy in Indiana, but Indiana, which had once been a black law state, now has to accept the migration of free people into the state and accord them civil rights and allow them to vote. And now inviting blacks into the state, this I think is the real change that the Civil War brought to Indiana.”

Etcheson’s research for her book found that Putnam County was typical of Indiana before, during and after the Civil War.

Most home front studies about how the Civil War changed the North focus on cities like Chicago, New York and Philadelphia.