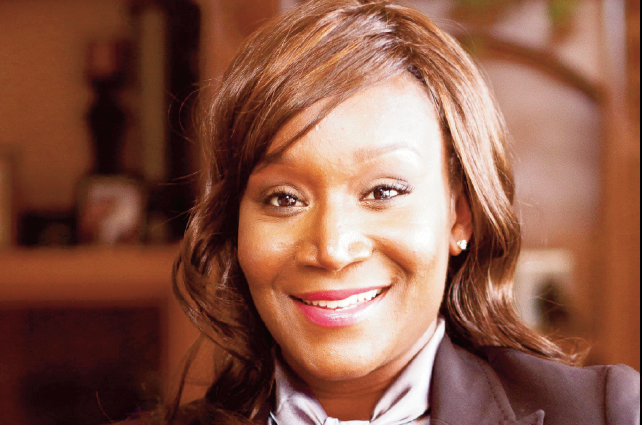 Eradicating poverty in the black community is one of those intractable, seemingly impossible goals that individuals, organizations and politicians seem to constantly pursue without actually making significant headway. Before he was assassinated, Martin Luther King Jr. had begun to tackle the issue via his anti-poverty crusade and organizations like the Urban League offer programs and services designed to help black communities to escape the debilitating effects that living an impoverished life often produces.
According to Lori Martin, founder and president of an organization designed to “economically empower underinvested and underserved communities;” a transformation is underfoot in black neighborhoods as it relates to financial literacy and wealth building.
“I believe that there is a shift happening in our communities and I ultimately want to be a viable and active leader in this shift that will make a tremendous impact in underinvested and underserved communities for generations to come,” said Martin, who created Aim 4 Success to help expose communities of color to “financial literacy and capability, starting early with math and economic concepts and asset accumulation and retention.”
Her optimism about the financial future of black communities is strong. “Generations will be transformed and…hopefully we can eradicate the terms “underserved” and ”underinvested” that are frequently linked to our community.”
The shift to which Martin referred is supported by the 2015-2016 Prudential Financial African American Financial Experience study which revealed that more than half of the African Americans surveyed, 56 percent, say they are better off financially than they were five years ago, and they feel better off than their parents were at their age.
Through Aim 4 Success, gifted to Martin by her mother, Mary Beasley Gilbert several years ago, Martin plans to build on that sentiment by exposing “the rules of the financial game and to teach our clients to win the game.” To that end, the non-profit offers financial literacy forums in various facets such as investment fundamentals, home ownership and real estate acquisition, retirement planning, estate planning, understanding money, and economic psychology. Our intention is financial inclusion for all.”
The company’s services include financial planning, financial coaching, and financial literacy forums to all segments, including business owners and employees, youth groups and organizations, working professionals, college students, and organizations in the early education industry. “We love to do “lunch and learns” for organizations,” said Martin.
Recalling the quote, “The key of the powerless is its knowledge of the powerful,” from her financial education (she has an MBA), Martin said, “The point of the quote is to study what the wealthy do and have done to build and pass on wealth. There is no need to reinvent the rules. The key is exposure.”
Aim 4 Success is one of the sponsors of Black Friday, a film that “presents solutions on how to better manage the 1.2 trillion dollars that leaves African-American communities annually. In addition, the film champions financial literacy and the importance of leaving a financial and ethical legacy for the next generation.”
Martin’s interest in helping to create generational wealth in the black community includes helping women to transform their relationship with money.
“As a woman, wife, mother, business owner, I understand the many roles and hats that (women) wear on a daily basis. So it is imperative that we understand money because our family’s economy depends upon it.”
She wants to get women talking about money the way they talk about everything else.
“I am finalizing the formation of a women’s group who will come together just to gossip about money. We get together to talk about everything else, men, clothes, shoes, etc. The goal is to make talking about money fun and sexy and I have just recruited the best woman stockbroker in Miami to lead the charge,” she explained.
Her aim as it relates to children is to help them realize early “that they are their own economy…Our services also include financial education to teens and young adults.”
According to Martin, the impact of a person’s upbringing has a huge impact on their relationship with money. The Black Bank Initiative says an American institution has an even deeper influence. “The legacy of slavery, which stripped blacks of many economic traditions from Africa and the Caribbean and which was marked by efforts to keep blacks from reading.”
Whatever the cause, Martin said an economic psychology determines a person’s financial literacy and wealth-building capability.
“Some people were exposed to financial principles at an early age where there were financial discussions at the dinner table, some were exposed to consumerism, and some were told “Baby, wait until payday,” which has too many subconscious implications which still impact many adults today,” she shared. “Everyone has a financial blueprint which drives every transaction. Our Economic Psychology forum helps people to understand their financial habits and behaviors to get at the cause of these habits in order to reap different effects.”
For more information, visit aim4successinc.org.

Next post Film and panelists promote wealth-building in black community