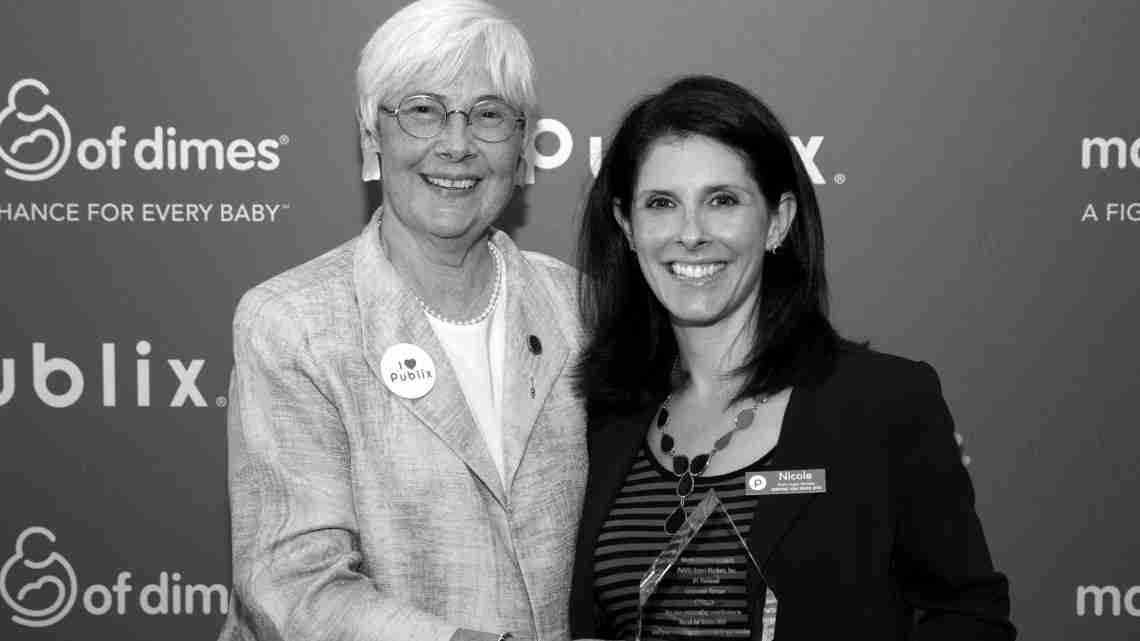 “We congratulate Publix, their associates, and customers for this outstanding accomplishment,” said Dr. Howse. “Publix’s commitment to our goal of giving every baby a fighting chance has been unwavering for 21 years. The impact of this generous contribution to help fight premature birth, the leading cause of death among babies in the United States, is significant and substantial.”

Publix, based in Lakeland, Florida, with 1,120 retail stores in six states has worked alongside the March of Dimes for more than two decades. This year, during their annual three week in-store and associate March for Babies fundraising campaign, Publix customers and associates raised more than $7.3 million, an 18 percent year-over-year increase for the second straight year. This brings the Publix 21-year total to an impressive contribution of more than $65 million to help more moms have full-term pregnancies and healthy babies.

“I’d like to give a big thank you to the more than 180,000 associates across our company who give of themselves every day in our stores and communities. Our people truly make the difference, and without them, we wouldn’t have been able to achieve our stellar campaign results,” said Todd Jones, Publix CEO & President. “And with the passion of our associates, comes the generosity of our customers. We’ve always said, we have the best customers in the industry. And each year, they rise to the occasion to support healthy babies.”

March for Babies is Publix’s largest-grossing customer facing campaign. The company also raises awareness within the communities it serves through outreach by associates who engage the hearts and minds of customers, Mr. Jones says.

Since Publix joined the March of Dimes in 1995, there have been many breakthroughs for mothers and babies, including:

March for Babies is the March of Dimes largest fundraiser and America’s favorite walking event. It takes place during the last weekend of April in nearly 500 communities nationwide. March for Babies is sponsored nationally by the March of Dimes number one corporate supporter Kmart, and top sponsors Famous Footwear, Macy’s, Cigna, United Airlines, and Mission Pharmacal.