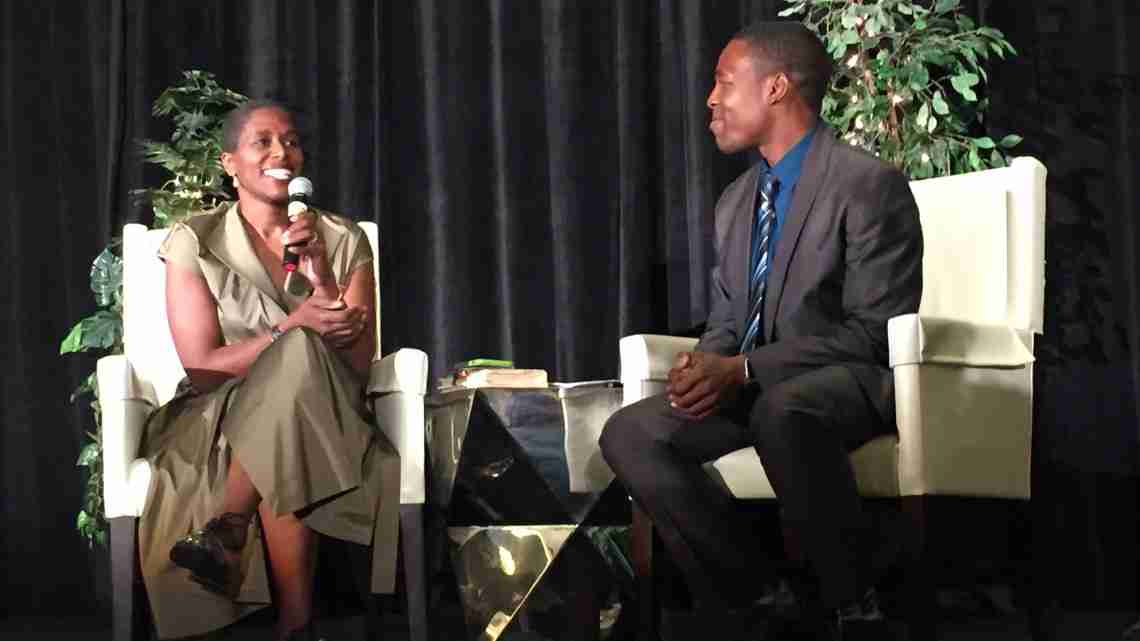 MIAMI – Natalie Baszile said she tried to love aluminum for 11 years, but her core identity as a writer just wouldn’t let her. So she took a leap of faith and left her family’s business – Baszile Metals, which sold aluminum to the aerospace and aircraft industry – to pursue her passion.

There are many of us who are beyond grateful that she did. Otherwise we wouldn’t have the acclaimed television series “Queen Sugar” based on her book of the same name, which millions tune in to watch faithfully every week on the Oprah Winfrey Network (OWN).

As the keynote speaker at the Book and Author Luncheon hosted by the Greater Miami Chapter of The Links Incorporated, held Sept. 30, Baszile encouraged others to take the risk of following their dreams. 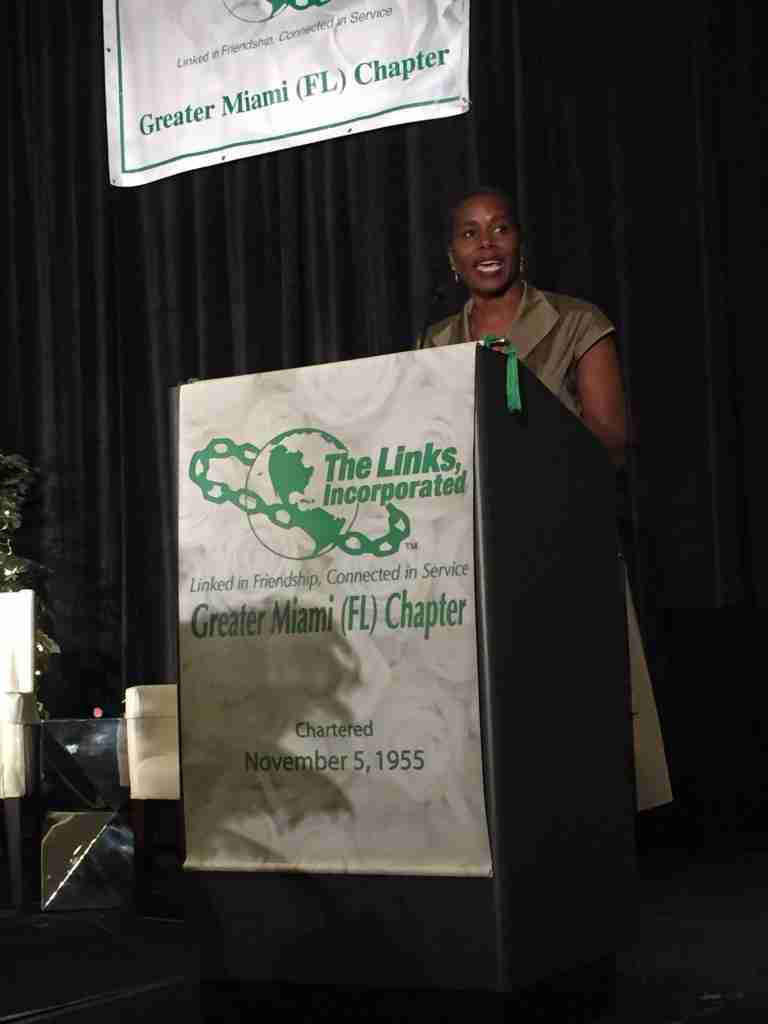 The room was filled to the brim with women (and men) from all walks of life who’d come to hear Baszile speak. She began by clearing up how she, who was by all accounts a California girl, could write such an authentic Louisiana story.

Her father was from Louisiana, and even though he left as soon as he had the chance after experiencing the horrors of racism, he would return home every year to take his mother on a road trip.

Eventually Baszile began joining her father and grandmother and would soak in the stories they shared about Louisiana along the way. Due to her familial connection, Baszile said she had permission to tell Lousiana’s story.

She spoke about how she loved books by Toni Morrison and Zora Neale Hurston, but noticed in the 1990s, the style of black literature began to change.

Epic novels had been replaced by books with naked black women and profane messages on the covers, and while she noted there was a place for that, she said they weren’t the stories she wanted to read.

“They did not represent the people and experience that I knew to be the African American experience,” Baszile said. “My job as a young aspiring writer was to be a part of that conversation.”

And so she applied the notable words of Toni Morrison who stated, “If there is a book that you want to read, but it hasn’t been written yet, you must be the one to write it.”

So in 1999, Baszile said she confessed to her father that her love affair with aluminum was non-existent and he gave her his blessing to pursue her purpose.

She relayed how for 11 years she wrote the story of Charley Bordelon, a single mother who inherited some land in Louisiana, recounting the years she spent researching and developing the story. She said she cold not have written “Queen Sugar” without the help of native Louisiana farmers and residents.

“So many people in Louisiana opened up their homes and their lives to me,” Baszile said.

Baszile also talked about the moments she met Leigh Haber, the book editor for O Magazine, learned that OWN wanted to option her book for television, spent a day with Ava Duvernay, then spent time with Oprah at her home.

She said she was very thankful for the way her work has been received.

“It is deeply gratifying because in all of the years that I spent writing the novel, my dream really was to reach readers and to reach an audience who I felt was thirsty for portrayals of black people, people of color in a way that they had not seen or read, and so the way ‘Queen Sugar’ has been received and embraced is really a dream come true for me,” Baszile said.

When asked if she was satisfied with the way OWN had adapted the book for television, Baszile expressed contentment.

“My wish for the show was that they maintain the heart and the spirit of the book and to continue my mission, which is to really celebrate the diversity and the range and the nuance of African American life, and I think they’ve done that in the show so I’m pleased, I’m very pleased,” Baszile said.

The day before the luncheon, Baszile had spoken to hundreds of students at Miami Dade College. When asked why she takes the time to make such appearances, she said it’s her duty to share her story and inspire others.

“I feel that my journey, the path that I took to write this book, it was a struggle in many cases, but it was filled with joy; and I also think it’s important for people to know that they shouldn’t give up on their dreams, so if I can share my story and if I can tell a young aspiring artist that it’s worth it to pursue the things that gives their life meaning then that’s my job because I had people along the way who did that for me,” Baszile said.

“Especially for students of color who might be feeling pressures to make certain life choices for entirely legitimate economic reasons. A lot of times they ignore the thing that they’re most passionate about and I would never encourage people to be financially irresponsible, but I am saying its important for people to find the things that inspire them and to incorporate that into their life in some way. To lose that spark, that thing that gives their life joy, is a mistake and I just want to encourage them to keep going.”

She said the most gratifying outcome of her work is knowing something she created has made such an impact on black life and culture.

“For me to be part of that and to have offered my community something that is celebratory and uplifting and also explores the difficulties all at once is why I write,” Baszile said. “For example when you go on the set and you see so many people of color who’ve been given opportunities … and to see the way the book and now the show have been able to launch careers is beyond my wildest dreams. It just shows that a piece of art can really effect change and it can change people’s lives.”

Next post Broward statue may be moved over racist speech