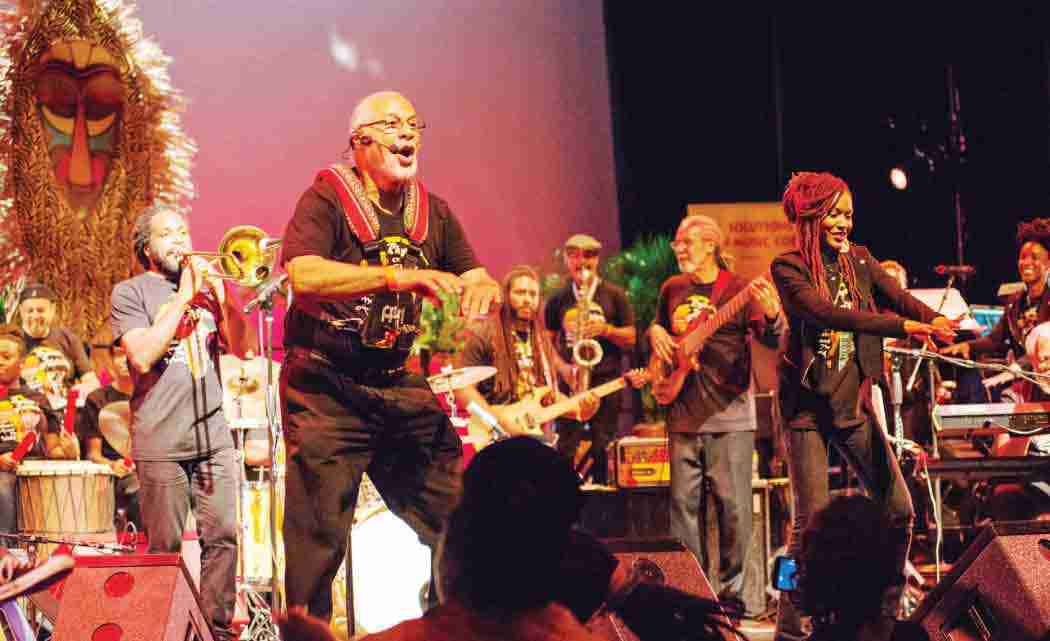 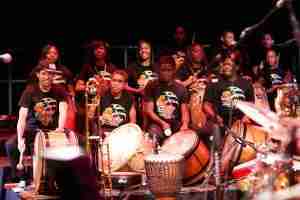 MIRAMAR — Miramar Cultural Center Artspark was ablaze with rhythm, music and soul recently, as legendary musicians of the Diaspora teamed with Somerset Academy students to perform an epic jam session.

The legendary Silver Foxes, and original Third World Band members Willie Stewart, Michael ‘Ibo’ Cooper, Irvin ‘Carrot’ Jarrett and Milton ‘Prilly’ Hamilton welcomed friends, and fellow musicians to the session of a lifetime. Audience members could feel the sands of the Serengeti sweep across their face as they were whisked away to the Motherland by the drumbeats of “The Rhythms of Africa: Music Around the World,” presented by Embrace Music Foundation in association with the Irie Foundation.

The musicians participated in mentoring sessions over two days. Afterward, they performed two shows to sodl out crowds. The show got off to a rousing start with 13 year Soleil Rowe’s spirited rendition of The Lion Sleeps Tonight. Stellar performances were delivered by 14 year old Kobe Alyenne who played the steel drums like he was born aside the pan instrument; while a catchy salsa moment was delivered by Selena Serrano who had the audience swinging their hips to the beat.

A moving tribute to the late great
William “Bunny Rugs” Clarke was one of the highlights of the evening, when his daughter, Adrianna Clarke, joined the group led by “Prilly” Hamilton in a heartwarming rendition of Peace Flags.

Calypso Monarch Roger George Jr. had the soca lovers in the aisles. People were on their feet dancing and swaying to the music as we journeyed from Africa to the Caribbean then south to Brazil, and ending the journey back in America via New Orleans.

Organizers say Rhythms of Africa is a labor of love and is produced to empower youth through music education.

Before closing the show, Willie Stewart made an impassioned plea to the audience to rally our politicians and leaders to return art and music to our schools. His fantastic mission has produced a cadre of young people who are a living testament to the power of music and the impact it has made in their lives.