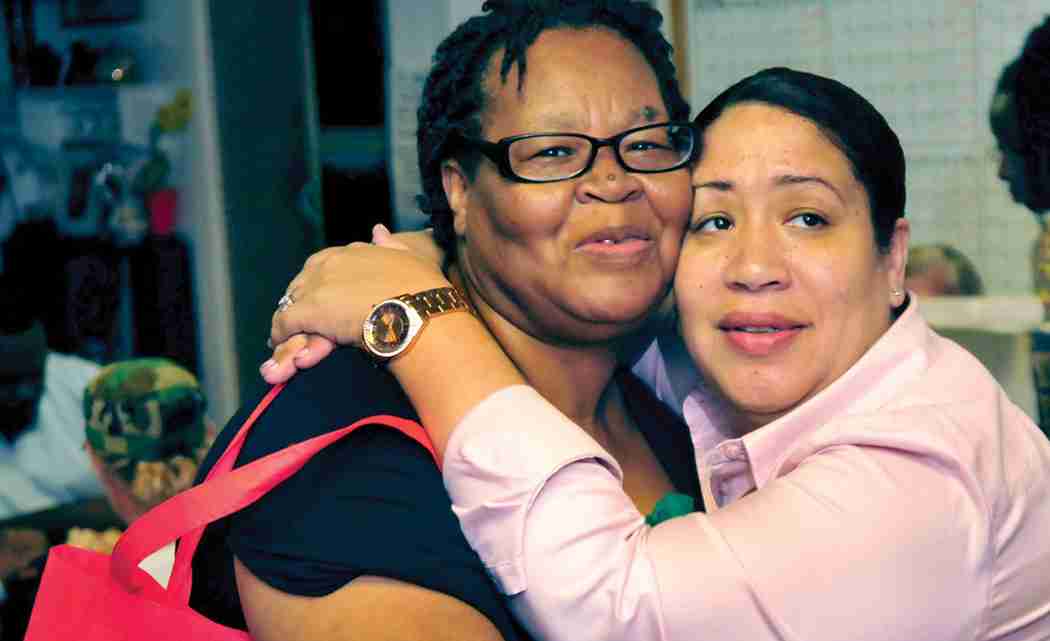 RIVIERA BEACH – Giving back to the community is a family tradition for Cecilia Martinez, owner of Chica Salon & Boutique, a spa specializing in beauty and personal care in Riviera Beach. Martinez and her husband and business partner Ronald Simeon sponsored the outdoor Thanksgiving dinner Sunday, Nov. 16 at the Valley of Love Ministries, 1901 Broadway, Riviera Beach. The dinner included turkey, rice and peas, a salad, deserts and beverages. The free meal was courtesy of Chica Salon & Boutique, 7298 42nd Way, N. Riviera Beach.

The event was held in honor of Martinez’s late mother-in-law Aline Simeon. It’s important to take care of people in the community because homelessness is a prevalent issue that could affect anyone, Martinez said. “We really need to get together to help these people that are in need,” she said. “Not only for Thanksgiving but whenever we can.”

Martinez said after feeding the homeless for the past four years, she has discovered that many are homeless due to unfortunate circumstances. “I have found out that people aren’t homeless because they choose to be homeless,” she said.

Martinez’s mother-in-law, Aline Simeon passed away in February of 2013. Before her passing, each year for the past two decades she would return to her hometown in Haiti to celebrate Thanksgiving and feed those in need. “My mother-in-law worked at Publix for about 20 years. With the money she earned and any donations, she would go back to Haiti and feed people in her hometown and the surrounding area,” Martinez said. “She knew the poor people over there had no money. So that’s what she loved to do.”

Martinez said Aline Simeon was ill the last time she visited Haiti but was determined to go anyway. “She had diabetes and was scheduled to have surgery and when she came back, she never made it home,” Martinez said.

Aline Simeon was hospitalized and later died. Martinez and her husband Ronald Simeon thought that feeding those less fortunate in Riviera Beach would be a great way to honor his mother’s memory. “When she first came to this country, she lived in Belle Glade and worked in the crop fields to support my husband and her other children and would still do what she could to feed people in need in the community,” Martinez said.

For information about the annual Thanksgiving dinner or to make a donation call Cecilia Martinez at (561) 206-7187.